Professional Rugby and Band of Brothers

The other night I was watching Band of Brothers with a bottle of beer in hand. Firstly if you haven’t seen Band of Brothers, then I highly recommend you make time to watch the series.

I always believed that to be courageous was to be in the presence of fear but to do the task anyway. In this episode, Captain Winters is a classic example of this type of courage as he leads his men into battle.

You may be asking what this has to do with Rugby. Captain Winters knew the risks but made a calculated decision. Based on his preparation, experience, and instinct he led his men in a very successful operation. I have always believed that when you are playing rugby, you want to be making correct decisions.

When to pass, when to kick and when to run. When you are under pressure, it is hard for players to make the right call. When you make good decisions, it separates you from another player or the men from the boys. A classic scenario is when you need to execute a pass under pressure. Can you get the pass away quickly and accurately or will you tuck the ball under the arm and make contact?

When a poor decision is made, it often stops the move or passage of play. This eliminates any momentum or relieving pressure for the opposition. Good decision making is a skill. Everyone on the rugby field needs to have the ability to make a good decision. The bright side is, decision making can be practiced, and it can most certainly be learned. Enter anaerobic games.

When I was in Canterbury, we did a lot of gameplay. For example, we played games like offside touch. The games were always high intensity, very competitive and often had consequences. With the quality and caliber of players, the skill level was very high. It was very rare to have stoppages, so it was always a fantastic way to get fit.

Now a lot of teams misuse these types of games. The key is to have very little stoppages and quick transitions that simulate game play. If the games have consequences of added fitness, money or beer, the pressure will often bring the best out of players. A strict referee helps and someone who won’t put up with backchat (as no ref does). If you are using these games in training make sure you are teaching good habits or as a player learning good practices. What is discovered on the training field is often transferred into the game.

I love anaerobic games as a player because I get very bored of the traditional fitness regimes which are usually running lengths of the field. I love the competition and developing my skills. Having played a lot of games, you learn how to beat a player, execute a skill under pressure and make good decisions.

My favorite game is Offside Touch

Played on any size of pitch but usually half field so that the game has quick transitions. Two teams of 5 or more players and ideally no more than 12-15 players on each side (so there is a lot of space). You can pass the ball in any direction and run in any direction. Try and promote short passes and getting players to move into space rather than the big long hail marys. The team without the ball has to intercept the ball or stop the play without contact while trying to touch/tag the opposition. You can play with just one touch, and there is a turnover of possession, or you can have different variations, three touches or 5 touches.

When the ball is intercepted or knocked down possession is turned over or if the opposition touches reach there maximum. Once a team crosses the try line with the ball, or the ball is passed into the area this is classed as a try (The try line is the sideline when playing half field). The team who scored immediately attack again by keeping the ball and attack back in the opposite direction towards the other try line. 10-minute halves work well with a 2-minute water break. 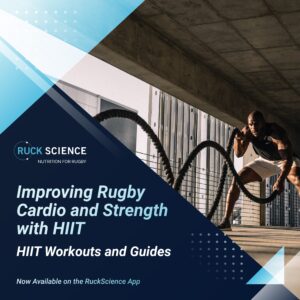 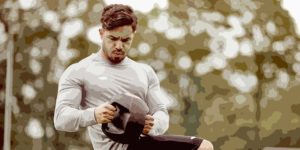