The Rise In Addiction

There has been a spike in addictive behavior from women during the Christmas period. It is disturbing as women around the globe suffer from addiction. The significant increase in compulsive shoppers is similar to that of an addicted gambler working the slot machine. We take a closer look at the problem, what it involves, useful strategies to help you and your loved ones during the build-up to Christmas.

Known as compulsive shopping or shopping disorder. It is an impulse control disorder that can put a strain on relationships, interfere with work and create a financial catastrophe. Women may even do things they never thought they would do for example stealing money to pay off debts, use the joint account for online purchases or get the joint account card mixed up with their card when out shopping with friends.

Women often shop even when it is upsetting, annoying or hurting their loved ones. The internet has made it far more accessible and click and collect easy to return unwanted items. The internet has also made it harder for compulsive shoppers to avoid relapse. Shopping disorder is a significant problem because it provides excitement, a rush of adrenaline, helps women to be more social, overcome shyness, relieve boredom, not think about work or issues, or relax after a hard day.

For women who suffer from compulsive shopping, the bright and sparkly lights and shopping scene is familiar. They are transfixed, rhythmically putting lip gloss or makeup on the back of their hands. They seem like they are in a trance. A clinical professor once said female shoppers “go into a meditative state.” The physical and emotional responses from the female shopper and random nature generate a sense of awe and mystery often changing the chemicals in the brain. There is a massive release of dopamine as women try on new items.

Inspecting an article of clothing forces the eyes to look up and down. The eye movement mimics some things essential to us as humans. Many female shoppers react similarly by running their hands through their hair, spinning around, or making the shape of the teapot and handle with one hand on their hip.

The clothing, makeup, and accessories are designed intentionally by manufacturers. The ones that seem more attractive survive and the ones that aren’t being discontinued, eliminated or go into the Boxing day and January sales.

Some myths and facts below about Compulsive Shoppers.

Myth: You have to shop every day to be a problem shopper.

Fact: A problem shopper may shop frequently or infrequently. Shopping is a problem if it causes problems.

Myth: Problem shopping is not a problem if the shopper can afford it.

Fact: Problems caused by excessive shopping are not just financial. Too much time spent on shopping can also lead to relationship and legal problems, even job loss.

Myth: Men love to shop, watch women shop and try hundreds of pieces of clothing on.

Fact: Most men do not like shopping, but when they do go shopping, they need something, they know what they want, it takes two minutes to pick up. Men only like to watch you try on clothing if the shop provides lacy underwear or swimwear.

Fact: Problem shoppers often rationalize their behavior. Blaming others is one way to avoid taking responsibility for their actions, including what is needed to overcome the problem.

Myth: If a problem shopper builds up a debt, you should help them take care of it.

Fact: Quick fix solutions may appear to be the right thing to do. However, bailing the shopper out of debt may make matters worse by enabling shopping problems to continue.

For those who want to stay in recovery—making a permanent commitment to stop shopping— it is possible if you:

ProRugby Club has these tips to share will males during the Christmas period and surviving the compulsive shopper.

Women like to be hunter-gatherers – Women have done this for thousands of years and have changed from foraging for food to clothing. You can help fulfill this need to be a forager by giving your wife or girlfriend your sizes for a particular item and give them boundaries for colors you want. For example, we recommend buying Meundies as our preferred undies. They are super comfortable, durable for sport and the gym and your wife or girlfriend can pick from a range of colors similar to the way they picked berries. Meundies are our superior undie provider. (we have not been paid to say this we just like our meat and two vegs to be snug)

Ancient Instincts – women love to browse from tree to tree or shop to shop. So if you are caught up and have to accompany this pastime, we recommend downloading an excellent book to read on your phone or have the skygo app loaded to show the latest sport while you wait. If you are questioned about not being interested merely preload the shop’s website you are in so if this happens you can show the screen to your compulsive shopper and say you are checking out other items you could suggest and the prices.

Responses – When waiting for your wife or girlfriend to try items of clothing on you might be asked: “What do you think of this one?” The correct answer is not what you think. Look at her body language. She will give you the correct answer. If she is smiling and spinning around or teapotting you say “ I love it!”. If she is not, she is unsure about it, so you say “you look beautiful, but I don’t know if that is what you are looking for?”.

Do I look fat in this? – This question has tripped up many Prorugby club members. We recommend looking behind the question. Your wife or girlfriend is asking “do you love me?” and reassure me. You have two options.

Finally to retailers who read this please beware of this addictive behavior. Please provide us with a large number of seats near the changing rooms, a stack of men’s magazines, a PlayStation or Xbox, a free coffee machine, a bar or better yet provide some slot machines for us to play on. 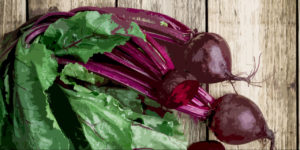