Excitement is building quickly for the New Zealand Lions Series 2017 with many Kiwis applying for tickets in the ballot and UK-based fans planning their trips South.

Ireland’s win over the All Blacks in Chicago has lit the fuse for the series and will give the Lions belief they can claim a rare series win in New Zealand. The Ireland players who do get picked in Warren Gatland’s Lions side will provide that vital spark to take on the reigning World Champions on home soil.

As a New Zealander, I was disappointed to see the All Blacks lose but realize how great it was for the world game – especially in front of a packed house in Chicago.

The All Blacks were ripe for the beating after a tough campaign at home, but we can see that the talent identification and development of players in Ireland has got a lot better and they are moving in the right direction by investing in their own. Credit must also go to New Zealand born Coach Joe Schmidt for his involvement.

However, the All Blacks may look slightly different to what the Lions are expecting come June next year. Eight months is a long time in rugby, and it is a very competitive scene in New Zealand with many seasoned players yet to return and plenty of young talented players putting their hands up.

A lot of people have said the All Blacks would struggle without veteran players such as Richie McCaw, Dan Carter, Conrad Smith, Kevin Mealamu and Ma’a Nonu but the team is still performing.

There is always a sense of balance in the side with players like Kieran Read (95 caps), Sam Whitelock (82), Israel Dagg (59), Brodie Retallick (58) and Wyatt Crockett (56) adding valuable experience and leadership to the younger players. Steve Hansen and his team have planned and have a large pool of young talented players ready to stand up. Let’s take a look at some of those players…

First, off the rank, we look at the Barrett family. Beauden Barrett has been waiting for his chance to establish himself as New Zealand’s number one first five and has taken the opportunity with both hands in 2016 and was named the World Rugby Player of the Year. While Beauden has been taking his game to another level this year, his younger brothers Scott and Jordie have been introduced to the All Blacks squad.

Steve Hansen has described both players as having the mental fortitude to play on the highest stage already even though they are still young. Scott (lock/flanker) has impressed in Test match appearances against Ireland and Italy on the Vista Northern Tour. He is a tackling machine and shows a level of maturity and vision of someone who has played at a high level for much longer.

Jordie Barrett is capable of playing virtually anywhere in the backline and is described as a bigger version of Beauden. At 6 foot 5 and 96kg, Jordie is a powerful ball runner and deft tactician. He has been described by Rowan O’Gorman (Rugby Development Officer for Marist Albion in Christchurch) as “one of the best he has seen to come through the Colts system”. Jordie has also shown for Canterbury in the Mitre 10 Cup and New Zealand Under 20 that he can goal kick as well if not better than his brother. Keep an eye on these boys!

Another set of brothers are the Ioane boys. Rieko and Akira have made their mark in the shorter format of the game but have also stood out in Mitre 10 Cup and Investec Super Rugby. Rieko (the younger brother) is a fantastic outside back who made his All Blacks debut against Italy last week aged just 19. Akira can cover any position in the loose forwards and was a key performer on the Maori All Blacks 2016 Northern tour.

There’s no doubt that both have the power, speed, and skill to perform at the highest level. Steve Hansen recently said Reiko is “fast, if not one of the fastest in the All Blacks.” Growing up as the sons of former international rugby players Sandra (Black Ferns) and Eddie (Samoa) has helped to develop their impressive skillset.

Another who has impressed at provincial and Super Rugby level is Liam Squire. The 6 foot 5,113kg loose forward is also notable for his legendary mullet. This is the type of player rarely seen in the UK – a pig hunter, with power and pace! After some injury setbacks, he has taken his time to get back in peak physical condition.

He says he has noticed the “extra bit of padding” which allows him the ability to be more physical and “makes it easier to tackle guys who are bigger” – or wrestle those pigs if his dogs don’t get them bailed up. Liam shows younger players that not every pathway is straightforward but building your skills and size without compromising your ability to move is essential. A dark horse to feature heavily in the Lions Tour.

Our last thoroughbred horse is Damian McKenzie. The dairy farmer from the deep south. Damian has impressed at under 20 level and more recently shown great promise in Super Rugby as one of the stand-out performers at fullback for the Chiefs. He is not the biggest and has admitted being about 81kgs dripping wet but what he lacks in size he makes up for in skill, speed, and vision.

McKenzie has a fantastic work ethic and level of humility which has been instilled in him from a very young age. His father no doubt got him working in the milking shed on those cold mornings and cleaning his boots before every game. A way to remind Damian never to be too big for the game.

Many other players should be mentioned here such as Lima Sopoaga, Seta Tamanivalu, Liam Coltman, Nathan Harris, Richie Mo’unga and Matt Duffie among others. However, there needs to be some mystery left for the Lions to discover when they travel to New Zealand.

For all those aspiring players out there. What can you learn from these players? All of them have a phenomenal work ethic. They do not stop working, learning and improving. They are humble yet confident in their ability

They grew up in the outdoors, playing barefoot rugby, touch rugby and kicked the ball around. Some have experienced the Deep South, Farming, rugged bush, and pig hunting. All have had strong influences in their lives who have helped nurture their Rugby. They grew up with Rugby around them and sausages, bread and tomato sauce

They have the physical attributes, size, speed and most importantly skill.

All have expressed how much fun they get from the game. The joy of bonding with their team and joking around with their brothers. Smile when you kick a goal.

The Lions have to overcome the divide between countries and bind together to overwhelm a nation of Rugby players who have been playing Rugby since they walked out of the hospital at birth. 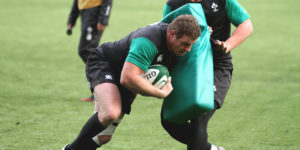 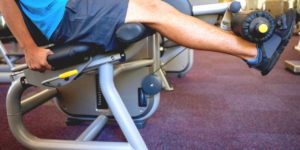