The Oakland University Rugby Football Club was always a powerhouse of Michigan rugby. And as of today, the club now has the support of the Ruck Science sponsorship program them to spur them on to future success. The club joined last week, and will be receiving their first donation on November 15th. Read on for all the details and to learn more about one of the most successful university rugby programs in Michigan and our latest partners Oakland University.

The first thing you need to know about Oakland University is that they’re not in Oakland California. Don’t worry, we made that mistake too. Sorry guys. The OURFC was started in 2005 but went on hiatus during the 2009 and 2010 academic years due to waning membership. With the addition of the Women’s Oakland Rugby Club a few years later, the club saw a resurgence. Together the two organizations are aiming to create the perfect University rugby program.

Unlike many rugby clubs who have a clear delineation of women’s and men’s events, the OURFC work together both on and off the “pitch”, leaving all emotions aside, as to only focus on the improvement of the team, and use this program as an inclusive atmosphere where one can join and be supported regardless of their actions, appearance, or orientation.

The Men’s and Women’s Oakland Rugby Teams are designed and supported to include not only the current but also the Alumni members who have gone through the rugby club sports program throughout the last 11 years. They’ve designed the club to be able to teach, promote, increase revenue, and have continual update to the community about the progress of our program and our lives, even after they graduate.

To promote the sport and culture of rugby within Oakland University, Macomb County, and Oakland County by hosting events on campus, participating in philanthropic causes, getting involved with local youth, high school, men’s, and women’s rugby clubs, and by encouraging all players to act with integrity, passion, solidarity, discipline and respect on and off the pitch.

(Rugby is)…80 minutes of pretending we’re not hurt!

How to support the club

Supporting the Oakland University rugby football club is actually really easy. Here are three ways to do it that will help the club and their members. 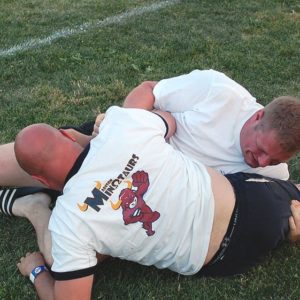