Another first for the team at Ruck Science. We have our first graduate level business program on board as one of our partner clubs. Today, Thunderbird Rugby FC has signed up to start receiving donations as part of our sponsorship program for amateur rugby clubs. The rugby club is an integral part of the Thunderbird Global School of Management’s campus community. With this new partnership, we’re hoping the club will be able to provide added incentives to get more students playing rugby.

More about the school and rugby program

The Thunderbird Rugby Football Club (TRFC) prides itself on being the largest, oldest and most visible clubs on the Thunderbird school campus. They are a long-standing and well-respected member of the Arizona Rugby Union and one of the top Rugby Teams in international MBA competition. Every spring, a team is selected from the current players who then travel to the World MBA Rugby Championships at Duke University to compete against teams from business schools all over the world (in 2008, they secured the Mug Champion trophy – apparently that’s a BIG deal!).

Giving back to the Glendale community

The TRFC enhances both the Thunderbird brand name and the community at large. Being one of the largest clubs on campus we are able to play an active role in the greater Arizona Community. Each year, we host a blood drive and volunteer in various ways around the area to give back to the community and campus we love. Some of the most awesome rugby tours imaginable!

Rugby tours don’t seem to be as big of a thing here in the US as they are in other places with more ingrained rugby traditions. But that hasn’t stopped Thunderbird Rugby from putting on some of the most impressive sounding tours we’ve heard of in years. The past three have included:

Watch the Thunderbirds in some 2015 action!

Want to play with the Thunderbirds?

Thunderbird Rugby FC trains on Wednesdays and Thursdays from 4:30pm to 6:00pm. This leaves plenty of time to get a good run in and still get off to the school’s other on-campus activities in the evenings. They train at the Thunderbird Rugby Pitch on the main campus.

How to support the Thunderbirds

Firstly, you can make a purchase on ruckscience.com and use the coupon code THUNDERBIRDRFC. You’ll get $10 off your first purchase. This process also provides the club with a donation up to 20% of the value of your order. Or you can find them another sponsor. This would be huge for the club. Their sponsorship criteria is available here on the club’s website. Check it out and see if your company can lend a hand to support the boys at Thunderbird Rugby FC. 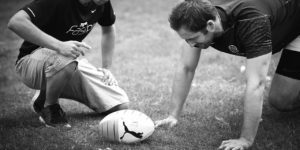 The case for ‘bulking up’ for rugby 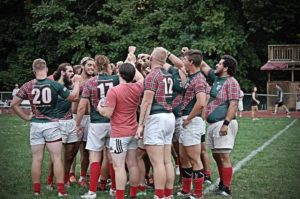