Today, we have a happy announcement. Ruck Science and West Potomac Rugby have agreed to enter into a long-term partnership for the 2016 rugby season and beyond. As part of the deal, West Potomac Rugby now has full access to our sponsorship program. In addition, we’ll be assisting the club with marketing and promotional functions to get the word out about rugby in the District of Columbia.

Founded in 1963, West Potomac RFC is the 2nd oldest active rugby club in Washington, D.C. The team attracts many players with and without rugby playing experience who enjoy the club’s close-knit social fellowship and enthusiastic level of play. Being the 2nd oldest rugby club in the D.C area includes a lot of responsibility to the community. WestPot is active with several local charities and regularly hosts district-wide events to further rugby in “The District”.

West Potomac RFC is well known in the Washington D.C. area for their willingness to train new rugby players and inclusive social atmosphere. Their Division 3 men’s side, Summer 7s team as well as the Masters club (for players aged over 35 yrs of age) welcome all newcomers regardless of experience. The club prides itself on continuing the finest rugby traditions and building new ones such as supporting local charities and foundations. WestPot is a registered 501(c)(3) and annually raises over $5,000 for local charities and foundations in addition to participating in many philanthropic events. West Potomac RFC is registered with the national governing rugby body, USA Rugby, and competes in the Capital Rugby Union (CGU), which includes clubs in the District of Columbia, Virginia, Maryland, and Pennsylvania.

One of the benefits to playing with WestPot is their rich history of sending teams on rugby tours. The tours can be both with the club or partnerships with other organizations who travel internationally. Players form the club have attended tours to New Zealand, South Africa, Ireland, Wales, Canada, Netherlands, Taiwan, and France. International tours are an important tradition of amateur and professional rugby teams alike, as they give players the opportunity to bond with teammates and test themselves against better teams and regional styles of play. WestPot regularly hosts touring teams who are looking to experience the best of the US while getting in a game at the same time.

Who wouldn’t want to support a team who says this?

“We take our status as a 501(c)(3) non-profit seriously and work to promote the sport and participate in community-based philanthropic activities. As long as there is beer.”

Our partnership with WestPot Rugby is set to begin on Monday, September 19th, 2016. It’s an exciting time for Ruck Science. West Potomac Rugby are our first partner in Washington D.C. and therefore an excellent excuse to travel to the nation’s capital. We’ll be working with them as of the 2016 season and look forward to many years of shared prosperity.

A couple things to keep in mind if you want to try out Ruck Science and compare us to other supplement manufacturers: 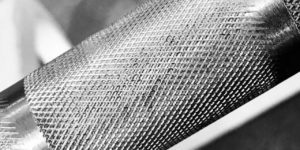