I started playing rugby in 1993, played regularly (year round) until 2007, and then played semi-regularly until about 2015. Over that time span I’ve had many rugby related injuries — teeth knocked out, broken jaw, lip ripped in half, sprained neck (ouch), broken ankle, multiple concussions, separated both shoulders, broken thumb that I still can’t bend — really effects my video game play! — broken rib, and numerous other injuries.

I was lucky enough never to have injured my knees or my Achilles. As I look back at my career I feel very fortunate never to have had what I would consider to be a serious injury that prevented me from returning to the rugby pitch. 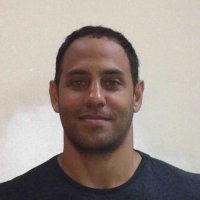 One injury I did not mention stands out in my mind, and that is the one I’d like to write about. First, because the symptoms were scary, and second because it was misdiagnosed in a way that could have lead to a more serious or permanent injury. I was playing sweeper in a 7s match. In the second half an opponent made a half break down the sideline. I cornered him at the 22 and he pop kicked ahead. We both went up for the ball. I caught it but his knee went right into my spine and I felt something snap. Within 1-2 minutes I had no feeling in my right leg. I asked the coach to take me off but we had already used our subs so I stayed on even though I could only hobble.

Later in the half they made another break and I just stood there hoping the opponent would run around me to the left or right. Instead he lowered his shoulder and ran straight into me. I made the tackle but just stayed down. I couldn’t control my leg, it was completely numb. Finally they helped me off the field and we ended the match with six players. We won but had to forfeit the tournament.

How You Know You’re Injured

My back started to swell up and cramp, including my neck and hamstrings. I guess this is normal when you injure your spine. I took some pain-killers and a muscle relaxer someone gave me, but the pain from the cramping was still unbelievable during the three hour car ride home.

When I got back to Austin I went to an after hours medical clinic. The doctor told me if was a bruise and that nothing on the human body was hard enough to break a bone so I went home. 2-3 days later the pain was gone except for intense pain in one spot on my back and my leg still had tingling and numbness. I made an appointment with another doctor. He correctly diagnosed that I had sheared a transverse process (the bony ridge alongside the spine that nerves run along) and fractured my spine.

The recovery was not bad. It did not require surgery but I needed to stay off my feet for two weeks. It turns out that the human knee is hard enough to break bones in the spine. I should have insisted on the X-ray during the first trip. I could have made things much worse and risked permanent injury if I went back to playing too quickly. I did end up playing rugby for another 12 years.