It was 2008, my freshman year at Weber State. We were playing against Utah Valley at Sugar House park in Salt Lake City for the State Championship. Utah Valley was the hosting team but they suggested we meet at Sugar House Park for a neutral ground match and to try and get more supporters to the game. This meant that our Athletic Trainer did not travel with us as we were under the impression that Utah Valley would have provided the medical support for the game.

When we arrived at the game we went through our usual warm up and boot check with the ref. Everything was perfect, great weather, great crowd, great location, it couldn’t have been any better. I went through my usual warn up routine of mentally playing the game while standing at center field. Once I was finished the game was ready to begin. 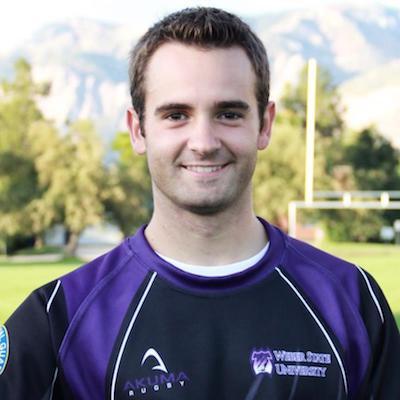 Utah Valley won the toss and elected to receive to opening kick off. It couldn’t have gone any better for us, we were able to get the ball and score off the opening kick off. Shortly after, about 20 minutes after kick off, we were on defense. I had made a tackle and worked my way out of the ruck to get back on defense. I looked around to see where I would be needed the most. I noticed that Utah Valley had an overload on our left side of the field. As I began to position myself out against their winger I noticed the ball was being passed out to the player I was going to cover. In my head I kept thinking about how I was going to get to him right as he was getting the ball and would potentially tackle him well behind his support.

That honestly was the last thing I remembered, but it was not a concussion that I got. I was told by spectators and family members that as I went in for the tackle this player then threw his elbow at me hitting me in the throat. My next memory was dropping to the ground in the worst pain I have to this day ever experienced. I remember thinking “what happened…” and then realizing that I couldn’t breath.

I began to panic and look around for help. The game continued on as I was not in the way of play but one of my teammates noticed that I was still down and was able to get the ref to stop the game. When he got to me and realized that I could not breath he began to yell for medical help…that’s when we realized there was none. No one had made arrangements for Athletic Trainers or EMT’s to be at the game.

By this time maybe a minute had passed but to me it felt like an hour. As this was happening I noticed that my vision was starting to fade and my lips, hands and legs were starting to go numb and tingly. I kept thinking to myself, “well this is it, at least you get to die on the pitch!” But then I had this thought come to me, ‘try spitting,’ it was so weird but it just kept ringing in my head, ‘spit! Spit!’ So I did, I was some how able to spit. A lot of blood came with my spit but I was able to breath after. I took in a huge gasp of air which burned my throat like I had breathed fire.

My teammate asked what happened but I could not talk so I pointed at the player, my elbow and then my throat. He understood and immediately got up to, unfortunately, yell at the ref. The ref said he did not see anything and would not admit to the possibility of it even happening how I said it did. My team and coaches became very frustrated but more relieved that I was now breathing.

My parents were at the game and this occurred about 10 feet from where they were sitting. They came on the field and my mom later told me she almost attacked the player who hit me, haha. They helped me to their car and took me immediately to IMC hospital in Murray. It was about a 20 minute drive so had I not regained the ability to breathe again I most certainly would not have made it.

Once we got to the hospital I went through a very slow and grueling admission process. I was stable, and at the time they did not know the potential serious danger that I was in, so I was not made a priority. I was seen by a doctor who ordered a CT scan. After waiting for an hour in continued extreme pain and no meds it was finally my turn for the CT scan. Once the CT scan was completed it was no less than 5 minutes that I was taken by an ICU team and rushed into ICU.

The CT scan revealed a small opening in my larynx and blood was leaking into my trachea and air out. I was seen by 3 different doctors in the ICU to determine whether or not I would need surgery to fix the fracture. It was determined that if I was able to make it through the night and pass a swallow test the next day that I would most likely be ok without surgery. That is exactly what happened and I was discharged the next day.

After 6 months of visits with an ENT doctor I was finally cleared to return to the best sport in the world and continue to play still. I hold no grudge against the opposing player, I just hope that if in fact it was an intentional act that he learned that, that is not welcome in rugby and gained further respect for the game.