Divisional playoffs in 2015- we were playing Akron for the opportunity to go to Midwest. Some time early in the first half I entered a ruck and was put into a headlock by the opposing team.

One nasty downturn of the girls elbow later and I dropped to the ground with searing pain through my neck and left trap. I finished the match and continued to practice thinking it was a pulled muscle- I did massage and stretching and ever went to the chiropractor.

A few weeks later we were at Midwest playing for the championship against Wisconsin. My neck and left shoulder were still in a lot of pain but I wanted to push through for my team. 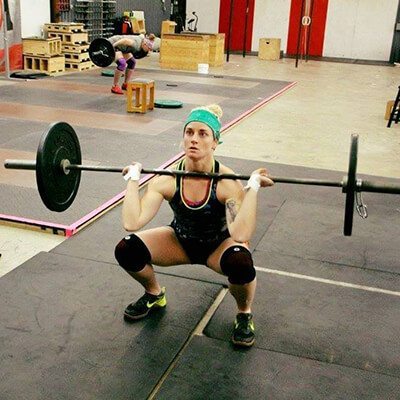 On a goal line stand off I lined up across from the ball carrier on a penalty play. We met in the middle and it felt like that ridiculous fight scene from Highlander. Hardest hit of my life right there. I crumpled and after a few more phases Wisconsin scored.

I couldn’t physically get up; I had tunnel vision and was incredibly nauseous. Prior to this I had never left the pitch not of my own volition and here I was being carried like a baby to the sideline. The trainers came and assessed me but there was nothing that could be done. We left that day without our W and me without my wits.

I was in horrible pain. Nothing could touch it. At the insistence of my chiropractor and family doctor I had an MRI. I read the interpretation; I saw the images myself; I had a massive herniation of the C4 and C5 discs. It likely started in the first playoff game but was made infinitely worse by that hit at Midwest.

I am a fixer- I don’t like to wallow. So I looked up Jillian Potter who suffered a similar but worse injury than I. She had surgery and was back to playing which, to me, meant that I could too. I needed to see a neurosurgeon to discuss my options. The one I really wanted had a few months wait but I was able to get in to see another neurosurgeon that specialized in the exact surgery Jillion had. I made appointments for both.

The day came and my mother and my girlfriend went in to see this fancy surgeon. I waited in the exam room nervously bouncing my leg. When he finally entered it took him all of two minutes to explain how he was going to ruin my life. A two level fusion, he said, no more rugby, no more lifting, no riding horses, no running. Ever. He then started asking about deposits and payment plans for this expensive surgery.

I cried. I cried harder than when I got hurt. I cried more than when Bambi’s mom got shot. I don’t remember much of what he said afterwards and spent the rest of the day in a daze. In fact, the combination of muscle relaxers, pain medications, and gabapentin kept me in a fog for the rest of the month.There was never a moment I was without pain. I kept reading and researching- trying to figure out if this was really the end.

At the end of my multi-week foray in self pity I came across a number of testimonials against spinal fusion. These people, athletes like me, were still in pain. They still were dysfunctional and still unable to do the things they loved but with a huge medical bill.

F it I said. That’s not me. Never has been and never will. If I am going to hurt I am going to hurt while enjoying life. The difference between my left and right side was amazing- I had no balance and suffered constant spasms. I googled physical therapy exercises. I went back to gym. Every morning before work I lifted and cycled. I started low bar squatting to keep the pressure off my neck and did neck strengthening exercises. I bought a small TENS unit and super ice packs. All day it was estim-ice-repeat.

One day I was sitting at my desk and I had a realization; for a brief moment I wasn’t hurting.

I kept the second neurosurgeon’s appointment. He took his time and walked through what I was doing. After a brief physical exam he told me, smiling, that I was no longer a candidate for surgery. I was recovering faster than if I had the fusion. He referred me to a physiatrist who confirmed what he said and encouraged me to continue the program I was on.

Three months after being told I would never run again I stepped on the pitch as a starting center. Not even 30 minutes into the match I was placed back in the pack as a rightful forward. I run, lift, ride, and play rugby exactly as I did before. Some mornings I am a little sore but it is a small price to pay for having my life back.

The desire and will to recover can sometimes be the best medicine.