Our first partnership with a rugby league club

It’s our pleasure to announce that Ruck Science is expanding our reach by partnering with one of the country’s most prestigious rugby league teams, the Atlanta Rhinos. The partnership is due to start on July 22nd, 2016 and will make our sponsorship program available to a rugby league club for the first time.

Background on the Atlanta Rhinos

The American Rugby League season runs during the summer. In fact, it’s on right now!! As such, it gives rugby players who aren’t in the mood for 7s the chance to try a different form of the game. The Atlanta Rhinos were conceived of and formed by two local Rugby legends in Bob Taylor and Randall Joseph, and Australian businessman Greg Frost in 2014.

Soon after the club came together, they established a formal partnership with the Leeds Rhinos out of the United Kingdom. This lends the club international exposure and global recognition from rugby league fans worldwide. The team provides high-octane entertainment for the local rugby community in Atlanta when the rugby union season is on holidays. The games have a low cost of entry in order to entice fans of all ages to enjoy the sport.

Ruck Science is primarily focused on supporting the growth of amateur rugby union in the USA. But by partnering with the Atlanta Rhinos, we’re hoping to encourage rugby league clubs around the US to take advantage of our sponsorship program. The program is designed to create passive revenue for rugby clubs, without the need for a huge amount of management time spent on demonstrating value to the sponsor. Players, alumni and supporters who enter the coupon code ATLANTARHINOS when they checkout on ruckscience.com will be donating directly to the club. We believe this form of revenue sharing is the best way for brands like Ruck Science to support local sporting clubs.

“The rugby league and rugby union season are aligned perfectly in the US. By supporting a great rugby league franchise like the Atlanta Rhinos, we’re hoping to give rugby players of both forms of the game the opportunity to play year-round. The more rugby the better from our perspective!” – Tim Howard

There are three different ways you can support the Atlanta Rhinos:

If you’re a member, supporter or manager at another rugby league team in the US and would like to learn more about our sponsorship program, please email get@ruckscience.com with a brief description of your club and a link to your club website. We’ll get back to you within 24 hours to discuss incorporating Ruck Science into your club’s sponsorship list so your members can benefit from having Ruck Science products in their diets. 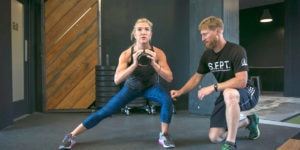