Ruck Science are excited to announce our partnership with one of Tennessee’s premier clubs, Nashville Rugby. We’ve been in discussions for a few months now, and we’re pleased to confirm that the partnership, between Nashville Rugby Club, and Ruck Science is set to begin on September 1, 2016.

Since 1974, Nashville Rugby Football Club has been at the forefront of rugby in Tennessee, and their D2 side competes against other southeast teams, and hosts plenty of social matches. Throughout the club’s evolution, their goal has always been to further grow the game – and have an amazing time doing it!

Nashville also competes in multiple 15s and 7s tournaments including the NOLA, Vulcan, and Music City 7s tournaments, a U-19 tournament, and the annual NashBash vs Knoxville that draws competitive senior and college level clubs from across the country and the world (seriously, check out their very cool drone footage from the 2015 NashBash).

Off the pitch, NRFC is committed to community involvement, participating in several annual events that range from the Nashville Dragon Boat Festival to Pedal For Paws, to charity golf tournaments, and even a rugby night hosted by the NHL’s Nashville Predators.

What this means for Nashville Rugby

Nashville RFC players now have access to nutritional supplements and recovery tools, designed specifically for rugby players, that are of the highest quality. They can start using these products as they gear up for their three 7s tournaments this summer. As a bonus, this partnership means that Nashville have an opportunity to obligation-free revenue courtesy of our sponsorship program.

What this means for Ruck Science

The Ruck Science team are thrilled to support Tennessee’s premier rugby club, and we’ll be doing everything we can to assist Nashville with keeping their club’s momentum going through the 2016 summer tournaments, regular season, and beyond! We’ll be sending the club a series of supplements and stacks over the next few weeks and months for all the players to test out during in-game situations.

From eating babies to slammin’ supplements 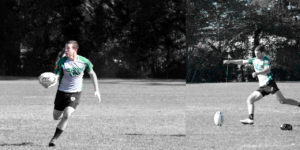