The Ruck Science team is pleased to announced a new partnership with one of the most inclusive rugby clubs in California, the San Jose Seahawks. The partnership will go into effect next month and the Seahawks will begin receiving donations on the 15th of November in accordance with our sponsorship program.

The Seahawks become the 2nd rugby club we’re working with in California after the Dead Rabbits signed up with us back in April. We look forward to helping the Seahawks grow the game of rugby in the south Bay. Please continue reading to see the specifics of the deal.

The San Jose Seahawks Rugby Football Club fields a Men’s Division 1 team, a Women’s team and supports numerous youth teams in the Northern California Rugby Football Union. Founded in 1971 and continuing a tradition of competitiveness, sportsmanship and friendship on and off the field. All players are welcome and previous experience is not required. If you are interested in playing for the club, please check this site for practice/match details and come out to join us.

History of the rugby club

The San Jose Seahawk Rugby Football Club was started in 1971 by several members of the Peninsula Ramblers Rugby Club who were looking to found a competitive rugby club in the San Jose/Santa Cruz area. These rugby players met in a house in the Santa Cruz Mountains and got down to the business of founding a top rugby club. After coming up with this great idea, the founders celebrated their new club in style and decided, after much thought and not a little beer, to name the new club the Seahawks. At the beginning most of the players lived “over the hill” in the Santa Cruz area to the club was based on the coast.

Watch the Seahawks in action

The Seahawks Women’s rugby team began playing back in 2010. Like many teams when they first start out, they initially had low numbers. But over time they were able to build the club to become a contender in and eventual winner of the San Luis Obispo Tri-Tip 7s the following season. They began competing in the Northern California RFU 15s competition in 2014. Players range in experience, from 20+ years to ladies coming out for the first time and learning the game at the Seahawks. All levels of experience are welcome! Practices start on Tuesdays and Thursday in November, so get in touch with their coaches here for more details.

Should you be so inclined, there are three simple ways you can support the San Jose Seahawks:

Are you a current Seahawks player or supporter?

A couple things to keep in mind if you want to try Ruck Science and compare us to other supplement manufacturers: 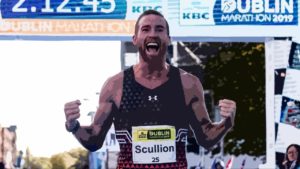 Can I play rugby and train for a marathon at the same time? 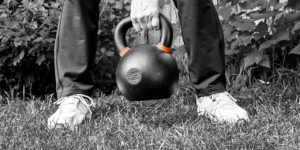 I can’t get to the gym, what training can I do in my garden?