10 weird ways to use our pre-workout powder

Pre-Game is our pre-workout supplement designed especially for ruggers. Containing no proprietary blends, the ingredients have been carefully selected to boost your performance on the pitch, and in the gym.

Best of all, Pre-Game is completely rugby legal; it contains nothing iffy, dodgy, unsafe, or banned, or that will get you into trouble with your rugby federation. Ruck Science supports Keeping Rugby Clean.

The reviews of Pre-Game have been almost entirely positive. It seems that ruggers up and down the country love this pre-workout supplement, reporting that it works like nothing they have every tried before.

Just take half to one scoop or powder mixed with water before training or a game for a very noticeable boost in performance. While the standard “mix with water” protocol works brilliantly, sometimes it’s nice to switch things up and use Pre-Game a little differently. Here are ten new, unusual, and downright weird ways to use our pre-workout supplement. Remember though, this is powerful stuff, so don’t consume too much, no matter how you use it!

If you like Jell-O, you’ll love this easy recipe. It’s light and refreshing, so it’s ideal for when you need a half-time pick-me-up. Use regular Jell-O, not the sugar-free type, and you’ll also get a shot of carbs for even more energy.

Make up a sachet of Jell-O according to the instructions on the pack. Add a scoop or two of Pre-Game, refrigerate, and allow to set. Make sure the flavor of the Jell-O compliments your Pre-Game.

Heat getting you down? Need to cool off, rehydrate, and reenergize all at the same time? You need some Pre-Game ice pops! Keep these away from your kids – unless you want them running around like crazy for next few hours!

Add a scoop of Pre-Game to around 300 ml of water or fruit juice. Pour into two ice pop molds, insert the stick, and then put them in the freezer until they set.

Smoothies are awesome. Natural, healthy, and versatile, you can make smoothies for post-workout recovery, as an alternative to breakfast, to help you gain weight, or just because you want a tasty, refreshing drink that also contains some nutrients and calories.

This smoothie is all about energy – both short term and sustained. Gulp one down 30-45 minutes before training or playing.

Toss all the ingredients in a blender, and blitz until smooth. Drink immediately, or pour into a chilled thermos for later. Add a scoop or two of whey protein to make your smoothie even more balanced and nutritionally complete.

This slushy is sweet, creamy, and refreshing, it’ll also give you energy, and contains plenty of healthy fat too. Be warned, this recipe is addictive!

Toss all the ingredients in your trusty blender, and blitz until smooth. Pour into a tall glass and use a straw, a spoon, or one of those spoon/straw hybrids served with frozen coffee.

This recipe is ideal for half-time, or whenever you need a portable energy boost. Take some with you to the gym or pitch, and gobble down a few whenever you feel you want a lift. This is another recipe you need to keep away from your kids.

Take your candy mold/ice cube tray, and lightly brush it with coconut oil to stop your sweets from sticking.

Meanwhile, heat the water in a pan, adding the Pre-Game and gelatin. Simmer uncovered for 5-10 minute. Carefully pour the mixture into your mold, and then freeze for 60 minutes. Remove from the mold and store the sweets in an airtight container.

Here’s another easy but different way to use your Pre-Game. This makes for an ideal pre-workout snack, or a ready-in-seconds breakfast when you don’t have time to eat or even grab a coffee.

In a small bowl, mix the Pre-Game powder with the yogurt and vanilla. Sprinkle on the nuts and eat immediately, or chill and eat later.

If a little more caffeine won’t make your head explode, try mixing kiwi lime Twitch faster with cola instead of water. Use a spoon and stir gently to avoid masses of bubbles spurting everywhere.

If you want to use this recipe before training or a match, use flat coke that you have shaken and vented several times. Otherwise, you may find yourself burping constantly!

When we designed Pre-Game, we naively assumed most people would be happy mixing it with water, and using it specifically as a pre-exercise energy booster. It turns out that ruggers are an imaginative bunch, and some users have been combining it with alcohol to make energizing cocktails instead.

We applaud such ingenuity and get that, after a hard match, you may be dog-tired but still want to head out for some celebratory drinks. After all; no one wants to be a party pooper! Pre-Game can, in theory at least, be added to almost any alcoholic drink, although we hesitate to suggest adding it to beer or Guinness.

Instead, because of the fruity flavors, Pre-Game goes really well in clear spirits like vodka and gin, and even better in fruit juice-based cocktails like sangria, piña coladas, margaritas, and juleps.

High energy party food? You bet! While vodka-infused watermelons are a frat house favorite, this variation works well too. For this recipe, all you need is a small watermelon, two scoops of Pre-Game dissolved in around 250 ml of water, and a sterile syringe and needle.

Take your melon, and inject it with shot after shot of Pre-Game. Spread the injections evenly around the fruit to make sure everyone who eats it gets some. Of course, you could double up and inject your melon with vodka as well, but we’ll leave that decision up to you!

In a hurry? Got no water? Lost a bet!? Just take your scoop of Pre-Game and toss it into your mouth. For extra kudos, show no emotion despite the very strong taste. Needless to say, this is not one of our recommended ways to use Twitch faster, but we also know at least a few ruggers are crazy enough to try it. Rather you than us!

Have you discovered a weird or unusual way to use Pre-Game? If so, please tell us about your experience in the comment section below. 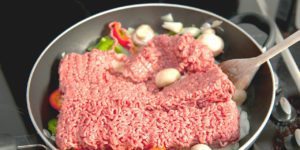 How much protein should rugby players eat?