If you examine a lot of strength, power, and conditioning programs, you’ll soon notice that most of them are simply designed to induce fatigue. By the end of your workout, you should feel entirely spent, and if you are crippled with DOMS for several days afterward, that’s even better.

While this level of overload can work, it’s a lot like using a sledgehammer to crack a walnut – it’s overkill. The problem with strength training overkill is it wastes a lot of energy and also requires long periods of recovery. That’s why, if you adopt a body-part or “bro” training split, you can only realistically train each muscle group once a week. You need nearly a week to recover.

Triphasic training is much more precise. It breaks human movement down into its three constituent parts – eccentric, isometric, and concentric.

This means you can target weak muscular links one at a time to develop greater strength and power without wasting lots of energy on unnecessarily long workouts. This should also hasten recovery.

This might not have much appeal to the regular gym rat who only wants bigger biceps for the beach. But, for a busy rugger who also has to find time and energy for tram practice and cardio, triphasic training could be very beneficial.

What is an eccentric contraction?

In short, the eccentric action pre-loads your muscles so that they briefly store and then release energy explosively. The more rapid and powerful an eccentric contraction is, the faster and powerful the subsequent concentric or shortening contraction will be. Greater eccentric strength will result in increased concentric performance.

Two powerful processes contribute to eccentric force development, the stretch reflex and the stretch-shortening reflex. These processes are very similar, overlap, and are dependent on each other.

The stretch reflex, also known as the myotatic reflex, is a protective mechanism that prevents overstretching. When you stretch a muscle, sensory organs called muscle spindles monitor muscle length. If a muscle is stretched too quickly, the sensors trigger a contraction to stop the muscle lengthening further. The faster the stretch, the more powerful this braking mechanism becomes.

The stretch-shortening reflex is responsible for the absorption of kinetic energy within the muscle and tendon. The rapid stretching of a muscle results in a forceful counter contraction. Eccentric training affects both of these mechanisms. These reflexes essentially “join” the eccentric phase of a movement to the concentric phase. This is known as coupling.

The positives of negative training

By emphasizing the eccentric phase of movement, triphasic training allows you purposely overload the eccentric muscle action, and that will have a pronounced effect on muscle performance. The rugger who can handle higher levels of force through an increased stretch reflex will be able to apply more force concentrically. They’ll be able to jump higher, tackle harder, sprint faster, or use more power in other explosive movements.

Eccentric training is simple to implement; you simply lower your weights slowly and under control and then try and lift them as quickly as possible. However, while the concept is straightforward, you should take a few precautions before attempting this type of training.

The best way to implement eccentric training is to introduce it gradually (preferably during the off-season) and then increase workout demand gradually. Use this chart to determine what weights to use and how long the eccentric phase should be during each rep. Start at the top of the table (least intense) and work downward over the course of several phases of training.

You can apply eccentric training to a wide range of exercises, but the best choices, according to official Triphasic guidelines, are:

For all eccentric exercises you should:

Here are two example workouts using the eccentric triphasic training method. Not all exercises involve eccentrics. Other exercises are included for muscular balance and exercise variety. Use the loading/tempo/volume that is appropriate to your current phase of training.

Eccentric training is an effective way to increase concentric strength and power, but it is not without drawbacks. For starters, eccentric training can trigger severe DOMs, partly because of the mechanism of contraction and partly because of the ability to use heavier than normal loads. That’s why we recommend you introduce this training method in the off-season. It’s also tough on your nervous system, and that means you’ll need to pay as much attention to recovery as you do your workouts.

Get yourself fired up for eccentric training with pre-workout and recovery faster with post-game. In article two of this series, we’ll take a look at the next phase in the triphasic trilogy – isometric training. 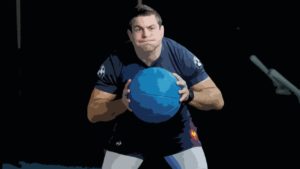 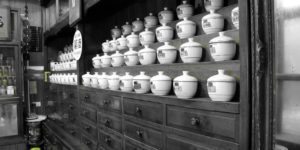