We shouldn’t be breaking news by telling you there’s a professional rugby league starting in the United States. Pro Rugby’s inaugural season is almost upon us!

Of the five teams preparing for the upcoming season, there is one that has been very pro-active about sharing their training principles.

That is; the Ohio Aviators. The squad’s social media team has been diligent about giving the American rugby public access to behind-the-scenes footage of the training sessions.

Today, we break down the best five training drills from Ohio Pro Rugby to see how you can incorporate them into your rugby team’s training protocols.

Rugby is a free flowing game. As a player, you’ll routinely be asked to perform a range of different maneuvers in quick succession as the game evolves. One of the most obvious is switching from attack to defense. Say one of your flankers has won a turnover. Once the turnover happens, your team needs to recognize that this has happened, communicate it across the pitch and react to formulate an attack. But that’s just one example. Throughout a game, a player might be asked to tackle, ruck, pass and chase a kick all in a matter of a few moments. Luckily, you can train for this kind of progression.

The drill shown above simulates a game situation where you’ve been asked to clean out a ruck in support of a teammate and then immediately set your attacking line and move the ball out wide through the hands. Realigning your attack is a progression that will occur many times during a game. The drill trains two core functions, supporting the ruck and setting your attacking line.

Setting an attacking line at pace can often be the difference between fast, front-foot ball and slow, back-foot ball. When your team has penetrated the defense by getting across the gain line, it’s important to create quick ball so that the defense doesn’t have time to get set. Cleaning out the ruck efficiently matters. But getting in position to attack matters just as much. By training your team to re-align quickly for the next attack, you’ll be creating the opportunity to accelerate the speed of the game to your advantage.

Given the difference in sizes and shapes of rugby players, it’s often the case that you’ll need to compete with someone bigger than you. At ruck time, this can be very challenging. If you’re supporting a teammate at the ruck and a much larger defender has already arrived before you and established a low, powerful body position, they can be very hard to move. You can’t get underneath them and clean them off the ball in a traditional sense. But you have to do something. You can’t just let them have the ball. So many elite rugby programs have begun training for this situation by teaching a technique termed the ‘Alligator Roll’.

The Alligator Roll involves driving aggressively into the player over the ball, grasping them firmly around the midsection and then falling in a controlled fashion away from the ruck, hopefully with the defender still attached to you. In theory, this should create clean ball for the half-back to play.

*NOTE* – referees in all levels of the game are being instructed to penalize players who perform an Alligator Roll while grasping the head or neck of an opponent. If you’re going to carry out this maneuver, practice getting it right to avoid penalties.

Training the Alligator Roll can be quite risky. The maneuver involves a high degree of difficulty. For the player being rolled out of the way, it also poses the risk of injury. Being twisted aggressively by another player when you’re in a low-entrenched position isn’t great for the knees or ankles

Why the Alligator Roll is worth learning

There are certain situations on the field where you simply don’t have a choice but to do something that involves risk. When attempting to clean out a ruck where the defender has arrived before you, Alligator Rolling them out of the way is one such choice. Because there is a high risk of both injury and being penalized, you should practice this if you’re going to try and employ it during a game. Alternatively, you could always just arrive at the ruck faster, so you don’t need to resort to this drastic measure.

In our training program for lineout lifters (and jumpers), we spoke about how the law change to allow lifting in lineouts has impacted the roles of individual players at lineout time. Loose forwards, for example, need to be long and explosive like Locks while staying strong and stable like props. Allowing lifting means that most rugby teams now have at least four lineout jumping options and a whole range of different ways to use them. What does this mean? Movement. Plain and simple.

In the old days, you just threw the ball to your tallest option. Modern lineouts are designed to exploit space created by the opposition. Move rapidly to establish a “pod” at that location in the lineout. And get up in the air quickly to win the ball before the defense can adjust.

The drill above simulates a game situation in which two forwards from opposite ends of a lineout formation must move quickly, converge on a jumper and lift them in unison. The drill uses ladders to train fast feet and a tackle bag to act as a the lineout jumper.

Why speed and explosiveness matter

A modern rugby team’s ability to win clean lineout ball depends on how well they can identify space and move quickly to position. Winning the race on the ground means your lifting pod is often able to jump uncontested. That should be the goal of any lineout. Win the contest before you’ve even put a guy up in the air. It’s possible to use redirection to achieve this. But even if the opposition knows precisely where you intend to jump, being fast and explosive getting to the lineout can make the difference.

Another one for the forwards here. There’s a lot to be said for raw strength in the forward pack. You can overcome many deficiencies in skill and endurance by simply being a brute. But that doesn’t work for everyone. For those of us forwards who aren’t tipping the scales in the 250lb+ range, we need something else to help us compete. That something is technique. At scrum time especially, there’s a lot to be said for technical prowess. We’ve all got one old guy at our club who is impossible to prop against. Why? Because he’s been doing it for 30 years and has his technique down to a fine art.

The most effective scrummagers are often the players who can get their body height down the lowest without losing their footing. Some solid 21 in studs will help this. But to do it well, you need excellent body position, flexible hamstrings, and a steel-strong core.

The tackle bag crawl drill demonstrated above by the Ohio guys is a great way to develop timing across the forward pack while at the same time reinforcing the body position of each player. 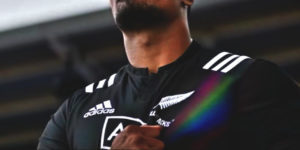 Why are the All Blacks so good? 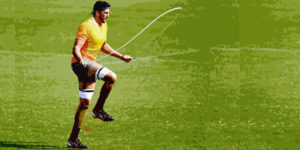