Scotland Rugby Training & What I Learned.

Recently I was invited to Scotland’s Rugby training. (Thanks, Bryan Easson). I went along to two training sessions. One before the Ireland game and one before the France game. A number of the Scotland academy boys and a few extra players were put together to train as opposition.

The objective of the training was for us to learn the patterns of Ireland and France very quickly. Then to do our best in implementing those patterns at training in the simulated game scenarios. Under the direction of coach Vern Cotter.

There are many things that I learned and observed while training with Scotland. I wanted to share some of those insights. I really enjoyed running around, testing my own skills and fitness against an International team. They have an amazing set up at Heriot-Watt University in the Oriam.

It was a fantastic opportunity to work with an International team. To see what work goes in and the level of detail. As an old Rugby player at the ripe old age of 32, my focus was slightly different to that of the academy boys. During the Rugby training, I wanted to see what my appetite was like to return to professional rugby. Evaluate my enjoyment in training and decide whether I would continue to play or retire. Lastly, it would be a good rugby training experience I could share with our readers. I am sure the academy boys now know what it takes to push on to a higher level.

Vern Cotter the coach, has a dominant presence on the Rugby field. There is little talk being done during rugby training but when he speaks, he is heard. Vern has a similar hard man attitude I had learned under his brother Jeremy Cotter at the Te Puke Pirates. Vern provides a sense of clarity for the players. He helps them understand their roles and how they want to play as a team. The level of detail is extraordinary and you can see why he is one of the top coaches in the world.

Alongside Vern Cotter, there is Jason O’Halloran, Jonathon Humphreys, Matt Taylor, Nathan Hines who together make up a fantastic team. All of them are great coaches in their own right.

There was also many other members of staff to help with a successful rugby training. I must have counted a dozen or more people. Each had their own roles and duties.

Scotland has a lot of talented Rugby players in the squad. While the depth of Scottish rugby might be smaller at a professional level compared to other countries, (mainly due to having only two professional teams Edinburgh and Glasgow) the level within the squad can compete with any International team. Should they get it right and play their own game there is no reason why they can not beat any other team. I hope that belief I saw within the squad at Rugby training, continues to grow under the management of Gregor Townsend.

A few things that stood out for me at training were:

Just like every team around the world, it was evident there is a number of players who could play for other International teams. For example Josh Strauss, John Hardie, and Sean Maitland. It was great to catch up with my old mate Sean. We played rugby together almost 8 years ago for Canterbury B, how time flies.

Every player is highly conditioned, physically imposing and powerful. Getting the body primed for any training is vitally important. Skill sessions were incorporated into a thorough warm up. The Scotland team broke into groups to complete their warm up. Each group incorporated skills, pre-hab, movement, and defense.

It was slightly different to our warm up (largely due to numbers). I really enjoyed working with the academy strength and conditioning team as they provided an excellent warm up and a reminder how to prepare for training at a higher level. Thanks, Leckie (Chris Leck). When the full training started every player was ready to train at a very high intensity.

The quality of Rugby training was overall very good. It was very regimented, carefully planned and executed on time. A well-oiled machine.

While the level of skill and intensity was very high I noticed there were still a large number of errors. Vern can’t have been happy with a few passages of play against our team but I have no idea what was being said in the huddle as I was not involved in it.

Maybe the Scotland team were a little complacent going up against an academy selection as in comparison we are nowhere near the level they will face in opposition but I would have thought they would have just ripped us a new one.

Mistakes are always made at whatever level we play but those at an International level can be costly. Let’s not talk about how many errors the academy group made due to increased pressure and the Scotland defense getting off the line fast.

Appreciation for help and thanks

The coaches and support staff at Scotlands rugby training were very appreciative of the academy players and outside help. Almost everyone made the effort to thank us and our coaching staff. Even if our efforts should have been better and things didn’t go completely too plan.

Training in the Scotland Kit

I enjoyed the opportunity to put on the Scotland kit. However being a kiwi I was a bit unsure about it. I still have a very deep loyalty to New Zealand. If I had ever represented Scotland there would have been no trouble representing the thistle. I look pretty happy in the photo below.

The lack of a Players Association in Scotland

Something I have noticed since being in Scotland is the nonexistence of a players association. New Zealand has their NZRPA and England their RPA. Where is Scotlands?

When working your way through the amateur leagues and into the professional game a players association provides a pivotal role in bridging the gap. Often players are called into professional teams or training in New Zealand and luckily through the hard work of the existing players’ association it allows those players for a fair amount of compensation due to absence from work or study.

While I am lucky I have a flexible work situation many others may not be so lucky. I was very happy to receive a burrito after training let alone anything else. Are the Scotland players happy with this? I might be wrong, but it seems like something needs to be set up to protect the interests of the players.

What are your thoughts? 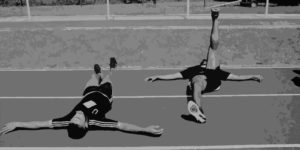 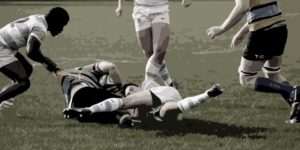