Absolutely Broken – When to retire from Rugby?

I feel like I have been hit by a truck…

Rephrase that, I feel like I have been run over by two trucks. Today I woke up for the fifth time with a broken cheek. (Zygoma or Zygomatic arch). Technically it has been fixed under general anesthetic. An all too familiar feeling of a rugby player. My mouth is where they gained access to fix my cheek.

I have what I think is the taste of dry blood in my mouth. My lip is massive, my cheek is yellow instead of having a natural pinkish glow. My teeth ache like I have had a dentist drill into them and my throat, well it feels like I smoked a full packet of cigarettes and been drinking whisky all night.

When is it time for me to retire from rugby?

Is it after the second broken cheek or the fifth? Or was I supposed to retire after the ACL reconstruction? It was hard for me to know and probably hard for you too!

Some of us have shifted gears from professional rugby to pursue other professional aspirations but are still involved as a players and coaches at the amateur level. Some of our friends continue to play with broken bodies out of the fear of what to do next.

When do the injuries out weigh the love and enjoyment you get from the game?

We have all experienced a relative in the garden or mowing the lawns having to finish up due to the pain in his back, knee or hip. Watching them grimace in pain is something we associate with aging yet when our family members are in their early forties you wonder what punishment the game has put on them. We wonder what each injury over our careers has really done to our bodies.

Perhaps the improvements in recovery will help many future players limit the damage. Lets hope all those contrast baths, roller sessions and wearing compression tights do their job for the long term health account.

Flirting With A Return To Rugby

After retirement from the professional game we still flirt with the idea of making a return. Our confidence in our own game has never left us and we still believe in our ability to play at a decent level. Often we look to dust off the boots thinking we should give it one last season. The dream of representing our country never really dies. As Rugby players we apply ourselves to our dreams and work at it day in day out. It’s something about that feeling you get, when you run out in front of all those appreciative fans. We feel alive and should always feel grateful that we have had the opportunity to live out our dream jobs.

Bringing myself right back into the present is my cheek. I wonder if the nurse can get me something stronger to take? Or a chocolate protein shake just to take the edge off the metallic taste in my mouth.

The Great Thing About Rugby

The great thing about being involved in a professional environment is that everyone is focused and working together on a common goal. Time schedules are shared and hard work is done together. We have training KPIs, playing KPIs and there is a level of brutal honesty that propels the team as a collective forward. A well oiled machine or as we called it at the bay “Steam Team”.

We all know our careers are limited and some are luckier than others. However we miss it. The team banter and the brothers. The in house jokes. The pranks, the nicknames, the nights out and the try celebrations. Remember when you stitched up a teammate and pulled his shorts down. Then you stand on his shorts with one foot and pushed him over? (To be honest I was more on the receiving end of these more than giving them out).

We miss the game that has a great atmosphere, the build up to the game, the music over the loudspeaker and the crowd. Missing the interaction with our excited sponsors. What about the preparation, the training and the journey to which has got us to the professional game? Playing in the moment and playing without thinking. Think it is called achieving the sense of flow or being in the zone.

We miss post match beers and the banter after the game with Sumo.

We miss the postseason blow out and mad Mondays. Not many places of work allow you to dress up on a Monday and get hammered in the middle of the field. Not many businesses allow an extended mad Monday that lasts all week. Oh to the days when we once could do an all week session. Before this old boy grew up a bit, got tired, bad hangovers or now has someone to report to, a girlfriend, a wife or kids.

Just like every other player that enjoys the game or misses the game, we look at options to keep us involved. We look into or dabble with the idea of coaching or strength and conditioning.  Many of us have done our level two coaching. We have thought about the level three or done our personal training certificates. However personally, coaching reminds me of the things I disliked about the game. For example, chasing the winter around the globe, the lack of certainty when it comes to the end of our contracts. At least the clubs and unions can not get rid of a coach due to injury.

What type of coach would we be?

The one that was a class player and now is a class coach. Someone who understands the game, team environment, player management, player feedback, adaptation and results. Or will we become the results driven coaches who were good at rugby but not great. They know what they are talking about but find it hard to implement it and get player buy in. Will we spend countless hours watching video and let coaching consume our life. Will we be good enough to get players to buy into our coaching philosophies?

The professional and semi professional coaching is highly competitive and has a level of uncertainty just like playing. Shoddy results and you are given the boot, shoddy man management and the senior players can influence the boot. The biggest benefit to not playing is that you get so much more time and space for activities. Maybe following the summer and learning something new over the weekend is a more attractive offering, rather than the weekend being consumed by Rugby. I really don’t know yet as I still hang in there.

Even after retirement we still love the game

There is still enjoyment at amateur level and nothing replaces that fact you can physically put a big hit someone (legally). Perhaps now as a veteran of the game we have a role of passing on our knowledge in kicking goals, skills and controlling games.  As they say you are a long time retired. Yet talking about retirement means it is not to far off. Feeling like a truck has run over you on Sunday will soon be outweighed by the pleasure gained from a pain free Sunday breakfast with friends by the beach in the summer sun.

Rugby is a funny game that consumes our life, energy and body. The thought of leaving the game without a return in sight keeps this old boy motivated to continue as maybe we fear we will lose something of ourselves. That we will somehow lose our identity. For so long we have defined ourselves as Rugby players when really we should changed that mindset and say we played Rugby at one time of our life. There is now a unique opportunity to contribute much more in other areas of life.

Some of us have lost our ability to create, focus and achieve new dreams. Professional rugby is just one of the limitless dreams we can create. There is a limitless opportunity, life experiences and new challenges that await us. Perhaps we could follow in Dean Mumm’s footsteps and trek to the North Pole.

Lets just hope our body holds up in the process or we have a good surgeon on our speed dial.

The anatomy of a winning rugby flyhalf 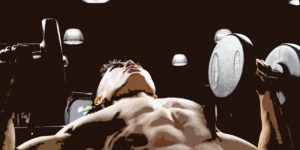