My worst rugby injury occurred back in 2010. We were playing against Queen City RFC. In the final minute of the game, we were winning probably 24-21 and Queen City’s fullback fielded a kick from our flyhalf and attempted to clear to touch.

He shanked the kick and I fielded it and took the ball straight up the field. I had teammates in support and it was a 3-on-1 situation and we could score another try to give us some more breathing room on the scoreboard. I held onto the ball too long and it came down to a 1-on-1 situation and I went to sidestep, but he moved with me and I threw out a stiff arm to try to create space to offload. He ran right into it and broke my left wrist. 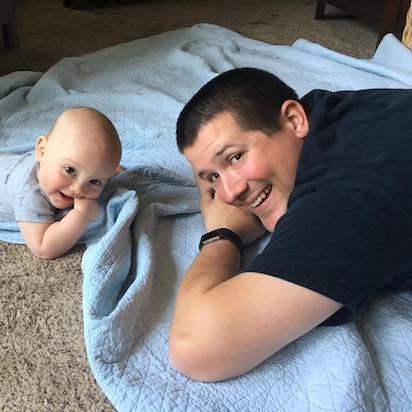 I was able to offload and one of my teammates cleared to touch to end the game. At first, I didn’t think my wrist was broken, so I went to the social after the game and had a night out on the town with my teammates. I woke up the next morning in pain and a wrist the size of a grapefruit.

The doctor referred me to a hand specialist. My wrist was put in a cast and had checkups every so often with x-rays to check on the healing progress. However, my scaphoid bone was broken and there wasn’t enough blood going to the area for it to heal on it’s own. I was given an ultrasound machine, which was supposed to stimulate the area to heal, but that didn’t help significantly. The lack of progress convinced my doctor that surgery was the only option left to me. So, about three months after the injury, I had surgery.

I had a screw inserted to bind both halves of my scaphoid together. While that helped, the healing was slow and it was another four months before my wrist had healed enough and I was able to get out of the cast. Then, I had to go through physical therapy. If you’ve ever had a cast on that long, you know how badly your muscles atrophy; I wasn’t able to move my wrist at all. It took almost a two weeks before I could move it at all. It was a definite low point in my playing career – both physically and mentally draining.

My progress was slow. But, after another couple months, I was able to have good enough range of motion to where I could start training again. My first training session was another let down – my left hand passing was atrocious! When it was all said and done, it was 10 months before I played my next rugby game. I’m incredibly grateful to my coach who continued to play me in games even though there were definitely players more technically sound waiting for their chance to play. I’ve never got full range of motion back, but 5 years later, I’m still playing rugby.