I tore my ACL my freshman year of college. I started playing when I was 13 and never had an injury when playing sports. It was Rucktoberfest at Kennesaw, GA. We were all playing 15s, except for one game we had to play 7s since Kennesaw only had 8 or 9 players.

We had a new ref who did not know what he was doing, so instead of 7 minute halves he had us play 20 minute halves of 7s. When 2nd half came which the game should have been done, my coach asked me if I wanted to go back in since most of our players didn’t know how to play 7s except for me. 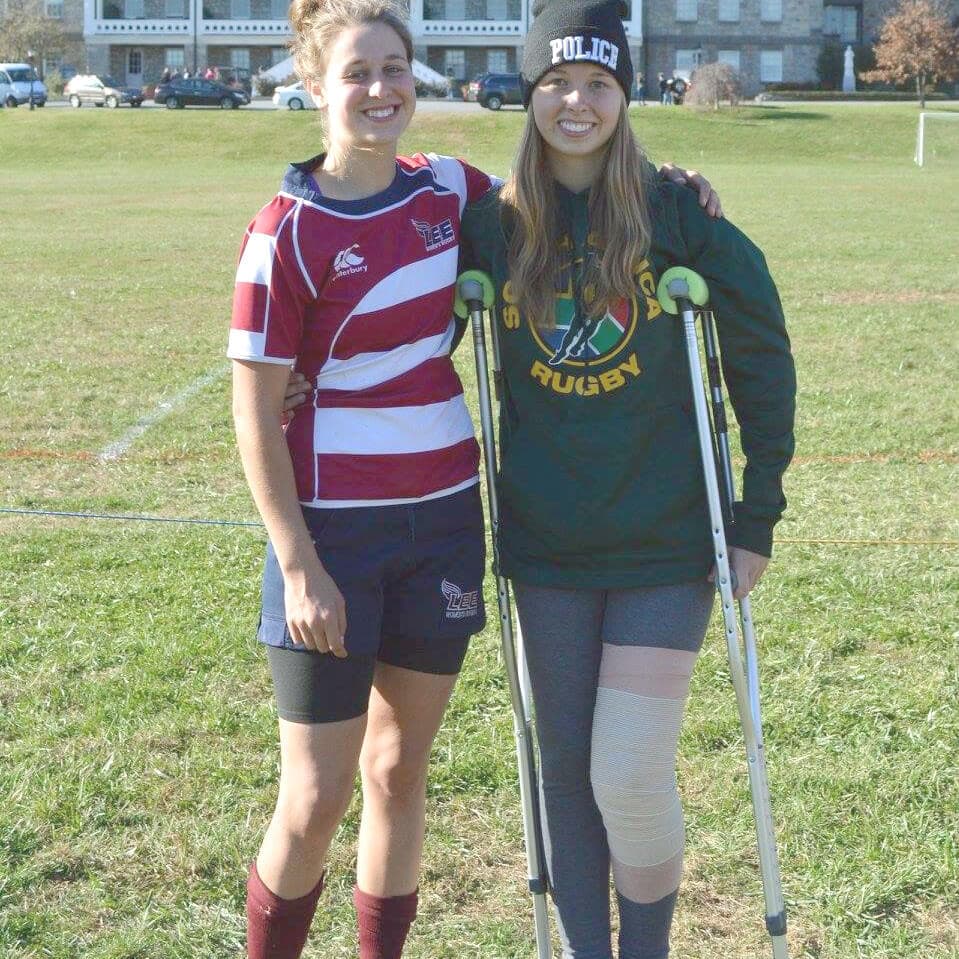 I said sure, and as soon as one of the opponents ran forward with the ball, I tackled her and remained on the ground after my knee had popped in 3 different places. I knew then and there it was my ACL and that I would need surgery. It was literally like a vision or something. My dad was there, and is doctor. He picked me up and carried me to the trainer. Where they both assumed it was my ACL. I was emotional just about everyday.

Two weeks later, I had my MRI at my dad’s work. During the two week wait, I had dreams every night of me playing rugby which I’ve never had a rugby dream. My surgery came during winter break. I was miserable and frustrated with what I could and could not do. When physical therapy started, it was a bit tricky, but my physical therapist was my biggest motivator to getting better. When I was able to do weights (month 4), I went to the gym and ran a mile everyday even when I was in school.

I started coming to practices and games since I missed everyone (plus my twin plays as well). From May-September, I spent my summer in the gym everyday doing the same thing. The gym (other than Benchmark PT) was my other home. I went to go take my test in order to get cleared for rugby in the middle of July. I was excited until after the fact that I didn’t pass. I got really discouraged, and thought I would never be able to play again. One month later in August, I went to take my test again.

The test was to see how my left (injured) knee was compatible with my right knee. Turns out I passed with a 99% leaving me to get cleared! I came to the first practice of the season, and I was the most fit and the fastest player at the time! My coaches, teammates, and family were shocked! I got my position as fullback back. The one position I had been playing ever since I was 13.

Tearing my ACL was the worst thing ever, but it made me stronger physically and mentally. I am a junior now at Lee University with the same position I have always playing and am still working my way to the top.