Las Vegas Inv. Sevens playing with Atlantis Rugby against the Bahamas in 2014 outside the stadium. It was my first year playing in the ELITE division, I had played the year before with Tiger Rugby in the premier Division. My dad was coming out with me to watch me play and we got in at 1am due to snow back here in Philly.

Woke-up, had 0 breakfast, then took pre-workout in the morning because why not. They didn’t have my shorts or warm-up for me yet because the gear was stuck at the airport. Played 1 game that morning against Mexico and won. 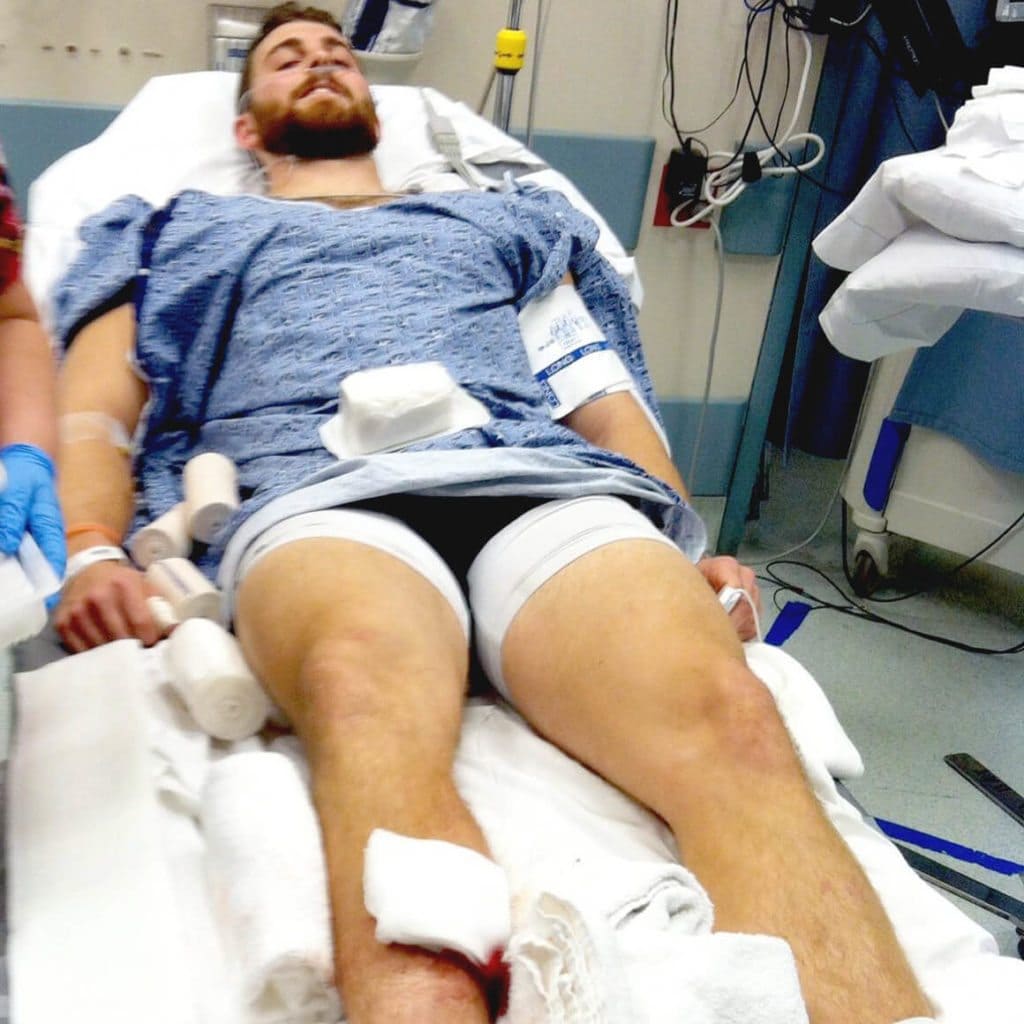 Right before the start of the next game I was talking to my dad and complaining why HE got a first class ticket home, and he responded “IF you break your leg you can have my first class ticket home”. Well not more than 3 min into the game Running down the sideline, my teammate made the pass to me as he was hit only to have him and the tackling player fall into my planted leg mid-sprint. Well all of my teammates said my knee bent sideways about 90′ and then BAM! Tibia/Fibula Compound fracture, right In front of the bench, which then made all of my teammates shriek and run away from me and had buddies playing two fields over hearing the crack.

I was lucky enough to accidentally push back and the bone went back into the skin, but enough blood was coming down my hand when I was holding my leg to know what happened. My coach, who was a family friend, yelled over to my dad that he should get over there, his response “Why? what am I going to do?”.

He eventually comes over only to pull out his cell phone and record me for “posterity” making strange animal noises. It took them awhile to get me off the field and I threatened the medics life when they tried to cut my boots off. I spent the next three days in the hospital after the surgery. All said and done, I also had partial tears of my MCL and most ligaments in my ankle as well.

I came home to a follow up only to have the doctors freak out because the hospital in Vegas did not send me home with antibiotics after an open leg fracture on a rugby field. So Back into surgery I went, and another week in the hospital on antibiotic drip. I now have a Titanium Rod and 4 screws.

I was in the gym 2 weeks later, squatting 2 months later and I was back playing in MARFU qualifiers 6 months later with more tours to Vegas and the Caribbean with Atlantis, and playing in multiple City Select tournaments, and going to National Championships with Schuylkill River and still am playing at 29.

However it does not end there, in fact it ends up the doctor put a rod that was too long into my leg so it had been slowly cutting away at my patella Tendon over the past 3 years, so I recently had to have a Third surgery to fix the rod, but I was back on the field 3 weeks after that. 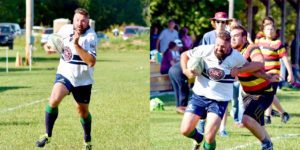