It was the first game of the season, I was team captain and playing flanker, so there were a few factors pushing me to really eat tackles all day. I naturally like playing defense anyway, so I’m always sticking my nose where it doesn’t belong. On one play, I remember chasing this runner down from behind because he tried to run flat across the field, and as he stopped short to cut upfield, I dumped him.

It was so sudden that as he went over I went tumbling with him and his face ended up bouncing off the turf while I was flying over him, meaning that the back of his skull whipped back and smashed me in the right side of my face. 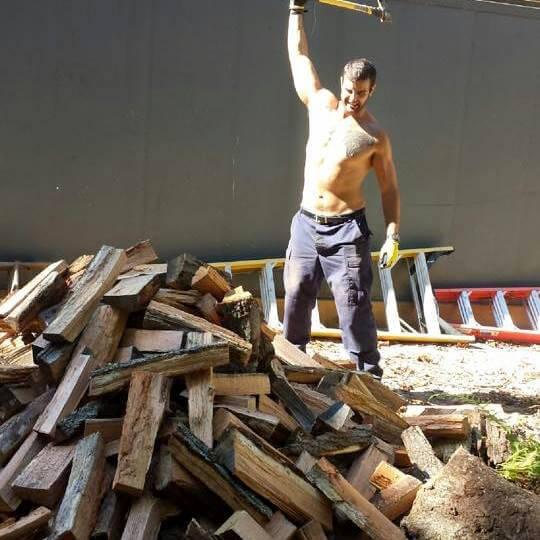 I visited the white room for a second, but cleared up thinking I’d just gotten chin checked. Meanwhile, the runner was still hurt. I didn’t think too much of it, and continued playing.

A few minutes went by, and as we went to pack down for a scrum, Andrew, one of our props, asked me if I was okay. “I’m fine, why?” was my reply. “Well,” he said, “half your face is drooping, it looks like you’re having a stroke, brother, and your nose is bleeding.” In all honestly, my face did feel weird, but I thought it was just numbness from the hit. In any case, the official saw the blood and sent me off to get cleaned up for a blood sub.

The sideline nurse went to check my sinuses per her protocol, and when she checked my right side, her thumb basically disappeared into my face…which didn’t feel good…needless to say, I ended up jumping on the ambulance with a teammate who’d just torn his ACL. I work as an EMT, so weeks later at work I thanked the EMT I thought had transported me…turns out that he wasn’t even on duty that day and I was so concussed that I hallucinated his presence.

Anyway, I went to the hospital where I was scanned and x-rayed. Come to find out, the back of the runner’s head had caved in half of my face (PS, he was also in the same ER…these rugby tournaments tend to send multiple people). It was so bad that I was immediately sent for a reconstructive surgical consult. In the end it took 2 plates and 7 screws to put my face back together. In post-op, the surgeon told me that there was a point at which he didn’t know what bones were comprised of the fragments he was finding.

I ended up back on the field as soon as was allowable with my newly plated face. I was amped to be back, and at the very first scrum I came flying off the side and blocked the fly-half’s kick…with the reconstructed side of my face. I recovered the ball and scored, immediately jumped up to check my face and, feeling around with my fingers, felt that it had held together nicely. The official, however, felt as if I’d come off too quickly and called a reset for me being offside. We pack down again, the ball comes out to the fly, I come screaming off the scrum and block the kick again…which the right side of my face…again. It held up fine, though, and I ended up scoring again. At least I knew that I’d made a full recovery.

Oh, by the way, for weeks after my surgery, blood would randomly start pouring out of my eye whenever I worked out, and worst of all, the girl I’d just started dating came to support me the day of my surgery, which happened to be the first time she met my parents…who also came to support me…meaning she was stuck in a room with them, getting grilled, for 6 hrs. Needless to say, I think she ended up getting the worst of it.