How L-citrulline can improve your rugby

Amongst the vast sea of supplements on offer in today’s sports nutrition market, it has become incredibly difficult to know where to turn for a genuine product or ingredient to legitimately boost your in-game performance.

L-citrulline is one such ingredient; it has become increasingly popular over the years as both an additional element used to enhance energy release blends and as a standalone supplement for its energy assimilation properties.

You may be wondering why we’re saying that L-citrulline is beneficial after saying that it isn’t an essential; the reason some amino acids are essential and others are not is simply because the body naturally produces certain acids, and it needs to get others from external nutrient sources. Nonessential amino acids are naturally produced by the body, whereas essential amino acids need to be sourced from the food we eat (2). Either way, every amino acid can be utilized by the body to positively affect every aspect of your vitality at a structural level, and in some cases, your sports performance too.

How will it affect the way I play rugby?

Rugby is a very physically demanding game that relies on both the aerobic and anaerobic energy systems (one means with oxygen, one means without oxygen) to take you through every grueling match and training session. Even if you’ve been training regularly, you’ll still have a hard time out there when the contact starts. Rugby games aren’t like training. The intensity is much higher. Nothing can really prepare you for playing rugby like playing rugby can.

Your body has three main energy systems operating during a rugby game:

One element every single one of these activities has in common is oxygen. Without unrestricted access to oxygen as and when needed, none of these actions would be possible. It doesn’t matter whether the oxygen is required to run over a sustained distance, or to initiate the chemical reaction in the body needed to explosively chase a kick; the base element needed to drive these maneuvers is oxygen.

As we said previously, L-citrulline plays a massively important role in the production of nitric oxide. Nitric oxide serves to dilate the blood vessels, allowing for the safe passage of oxygen into the red blood cells and subsequently their accelerated progression through the veins (3). As such, all of the essential nutrients needed by the muscles and respiratory system to perform their chosen activity can then be swiftly delivered.

Effects on the respiratory system

Simply put; an enhanced flow of oxygen means less pressure on the heart and circulatory system during exercise. Fundamentally, what ensures successful cardiovascular activity of any kind is access to oxygen. In the context of playing rugby, increased oxygen flow means the body is theoretically capable of performing for longer and under less internal strain when higher energy outputs are required.

Effects on the muscles

Many movements performed during a game of rugby require functional strength and power. As previously mentioned, the body’s ability to produce these quick trigger movements is largely based on the creatine phosphate and adenosine triphosphate energy systems (4). To successfully initiate, these processes must first access nutrients provided by the red blood cells. In turn, the red blood cells need oxygen. By ingesting L-citrulline supplements and thereby enhancing dilation of blood vessels, these nutrients can travel to their target sites far more efficiently than before.

This could potentially translate into percentile increases in speed and power; combined with enhanced cardiovascular function. It’s easy to see how L-citrulline could have some serious athletic performance benefits for rugby players, especially later on in games as players go into oxygen-debt.

Where can I get it?

You’ll find L-citrulline in the arsenal of any decent supplement company, and it often comes in either powdered or tablet form. It also forms one of the main components of many pre-workout and energy formulas on the market at the moment including our own Pre-Game formula. Always ensure you follow the dosing guidelines exactly on any sports supplement you purchase in order to guarantee safety at all times. Our pre-workout also contains a daily max dose of caffeine, so be mindful of this when ingesting it for the L-citrulline content.

Should I give L-citrulline a try?

In a word, yes. There are no reported side effects thus far of L-citrulline supplementation, meaning that at the worst, L-citrulline will simply have no effect on your rugby performance, but at best, it’ll enhance it greatly (5). Should you take any supplement containing L-citrulline, or try it as a standalone supplement; you can be safe in the knowledge that it is entirely natural, and there are no risks of adversely affecting your in-game performance or post-game health.

If we were to give one piece of advice whilst supplementing your training sessions with an item like L-citrulline, it would be that you must always ensure you’re eating and training to your optimum capacity; supplements can’t override laziness! Give it your all out there, try L-citrulline, and you’ll likely experience a notable increase in oxygen efficiency. 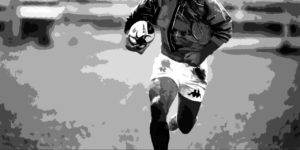 A Hooker’s guide to rugby fitness