One of the best things about the sport of rugby is its inclusivity. Whatever your size, weight, or level of athleticism, there is a place for you on the rugby field. Big, naturally strong players usually gravitate toward the forwards, while smaller, more agile players, usually make better backs.

This picture shows the difference in stature from the forwards to the backs. It’s hard to imagine more different body types, and yet, even at the elite level, players’ size can vary enormously: 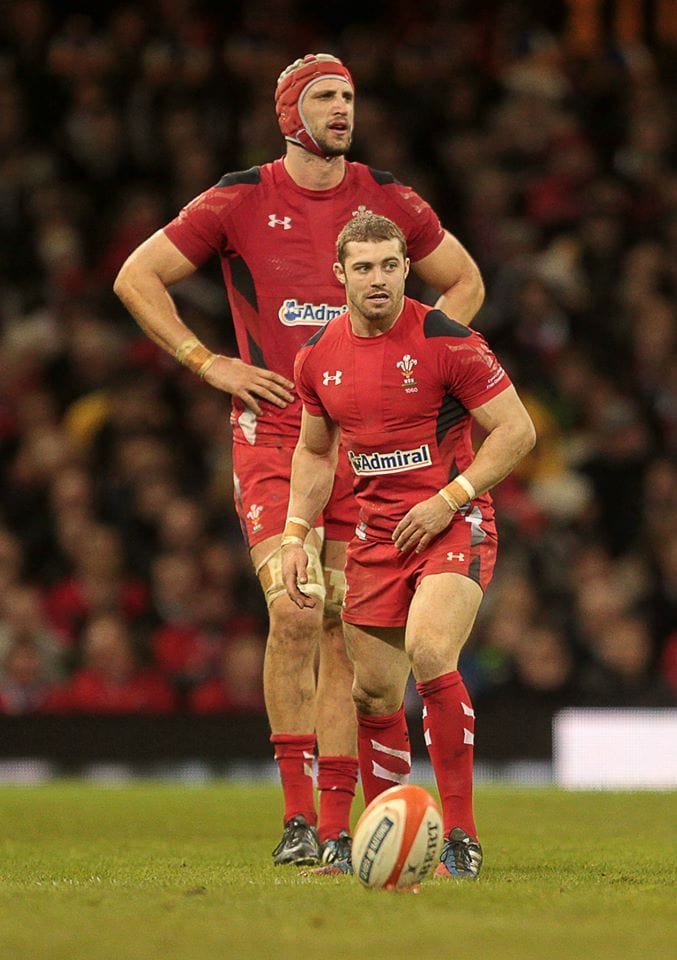 Because of this, players from different positions also need to train differently. Of course, all players need to be fit and strong, but where forwards need unyielding brute force, backs need more speed and agility.

In this article, we are going to examine the physical demands faced by the outside backs and outline the training concepts that should guide your training.

All ruggers need strength. Strength is the foundation on which all other fitness components are built. A good strength base will allow for higher levels of speed, power, and agility. Strength can also help increase joint mobility and reduce your risk of injury. Increased muscle mass, the by-product of strength training, acts like armor to protect you from impacts.

There are lots of ways you can train for strength, not least our very own 20-1-20 rugby strength training program. The critical thing to remember is that strength training for rugby is not the same as bodybuilding training. If your workouts aren’t making you stronger, or otherwise increasing your performance, you are wasting valuable time and energy. Even if your muscles are getting bigger!

Power is strength produced quickly. It’s the difference between a slow, heavy squat and an explosive squat jump. Where forwards need that slow, grinding strength, outside backs need more power.

Developing power generally means plyometric training and variations of the Olympic lifts. Medicine ball throws are also useful power exercises. Power exercises are performed explosively. Think about it like this, you can’t jump slowly. Instead, if you want to develop power, you need to move fast.

Strength and power are similar enough that they can often be combined in the same workout but different enough that each should be emphasized over the course of the training year. Because of this, rugby strength training should be periodized. This means it changes based on where you are in the season. Most ruggers should break their training down into off-season, pre-season, and in-season. Get periodized strength training programs sent directly to your phone with our rugby training app!

Outside backs need speed – both to evade the opposition while in possession and attacking, and in defense. While speed is a natural trait determined mainly by genetics, it is also trainable. Even if you are a lumbering carthorse, you can train yourself to sprint faster.

Strength and power training can help make you quicker but, because of the law of specificity, if you want to develop greater sprinting speed, you need to get out and do some sprint training.

All outside backs should include dedicated sprint training in their workouts. They also need speed endurance. It’s not enough to be able to run the length of the pitch super-fast; you need to be able to perform this feat over and over again. You can read more about the importance of speed and how to develop it in this article.

Developing speed and speed endurance requires different approaches to training. Pure speed is a lot like power and should involve maximal effort period of work paired with long rests. Think quality and not quantity.

Speed endurance, like all feats of endurance, is all about overloading recovery by doing lots of work separated by short rests, as well as over-distance training.

Strength, power, speed, and speed endurance should be the cornerstones of your rugby conditioning training. You need to be more than fit and strong to be a successful rugger. Outside backs also need to work on their skills.

Note: The stronger, more powerful, and faster you are, the better your performance in the following skills should be. That’s why general physical preparation (GPP) is so essential for ruggers, especially in the off-season. Without a solid foundation of GPP, you will not reach the same performance highs.

Even if you are freakishly big and strong, you need to try and evade the opposition rather than just run through them. While it can be satisfying (and fun!) to run over the opposition, eventually, all those impacts will take their toll on your body. And if you are always injured, you’ll end up spending less time on the playing field, and your development as a player will suffer. Injuries could also shorten your playing career.

Going around instead of through the opposition is best described as agility. A lot of players mistakenly do a lot of agility ladder training in an attempt to improve agility. This is a big mistake. Despite their name, agility ladders won’t do much for your ability to step and evade.

Training should always be specific to the fitness component you want to develop. Evading a tackle does not involve doing some kind of fancy hopscotch-type movement. Instead, it involves turning forward speed into lateral speed. This takes a lot of strength and power.

Good ways to improve your stepping and evading ability include:

Of course, even the most agile payers still get tackled from time to time, so it’s important that outside backs learn to carry the ball through contact to retain possession for their team. Because of this, and to make your training as rugby specific as possible, outside backs should do at least some of their speed and agility training while holding a ball.

Studies by the exercise science department at the Australian Catholic University in Brisbane (1) revealed that tacking ability is closely related to lower body strength and power. Increases in 1RM squat are usually accompanied by an increase in tackling performance. This makes a lot of sense because the lower body is the main player in generating force in a tackle. A good tackle starts with your leg drive.

Of course, tacking is also a skill. Tackling, against tackle bags and live opposition, is an integral part of rugby training.

While passing and kicking are trainable skills, increasing your strength and power should translate to longer passes and bigger kicks. Core (midsection) strength and power are crucial, and all outside backs should include plenty of core work in their conditioning programs.

For more on developing the right skills for your position, please see our free Position Specific Rugby Skills Handbook.

As an outside back, you need to include a range of different workouts in your weekly training plan. You need to find the energy for strength and power training, speed and speed endurance training, skill training, agility training, and cardio too. Unless you are a full-time professional player, you’ll probably need to combine several fitness components into one workout, e.g., strength, power, and cardio, and speed, speed endurance, and agility.

You also need to allow adequate time between workouts for recovery. After all, it’s only when you recover that you get fitter and stronger.

Expedite and maximize recovery by not leaving it to chance. Check out our guide 10 Programs for Post-Rugby Recovery.

Google rugby training programs, and you’ll get lots of useful workouts that can help build general fitness, strength, and power. However, you’ll get better results from your training if you match your workouts to your position. A training program that’s right for a front-row forward won’t necessarily be of much use to an outside back.

While rugby is undeniably a team sport, each team is made up of individuals. Like parts of a complex machine, each player has a unique role to play. Train according to the demands of your position to be the best rugger you can be.

Reference (1) – Changes in Rugby League Tackling Ability During a Competitive Season: The Relationship with Strength and Power Qualities 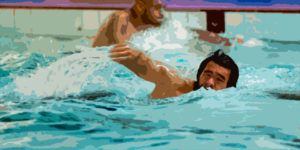 Is swimming good for rugby players?

Returning to rugby: from a broken leg – pt3 mobilization