Should I cut, bulk or maintain mass for rugby?

Your body weight can have a big impact on your playing performance, and the opposition!

If you are too light, you’re more likely to be quick and nimble, but may run into trouble when the opposition get their hands on you.

In contrast, if you are heavier, you’ll be better able to power through the opposition and make your presence felt in rucks, mauls, tackles, and scrums. However, being big can also be a disadvantage as it’s extra weight you have to lug around the pitch. You might be an immovable static player, but fatigue quickly and be slow and cumbersome.

Thankfully, rugby positions and tactics are very diverse and there is space on the pitch for big players and smaller players alike.

There is a saying in sport that says a good, big player, will usually beat a good, smaller player. This is usually said of sports like weightlifting, wrestling, and boxing, but could also be applied to rugby. If you are placing a bet, it often pays to put money on the bigger guy.

However, while body mass is undeniably important, lean mass is probably the thing that most players need more of. Lean mass refers to the amount of muscle you are carrying in relation to body fat and is usually expressed as your body fat percentage. For example, if you weigh 220 pounds, and you have 15% body fat, you have a lean mass of 187 pounds, and a fat mass of 33 pounds. That means you have a 187-pound “engine” to power you around the pitch.

But, if you weigh the same 220 pounds with a body fat percentage of 25%, your useable mass is now a less-impressive 165 pounds, and you’ll be carrying a whopping 55 pounds of excess ballast.

This leads us to the question: should you try and cut fat, increase mass, or maintain your current weight.

The answer depends on several factors including your current position and playing style, your current level of leanness and total body mass, and whether it’s the off-season or playing season.

If you play in the forwards or are a very physical rugger, mass is your friend. Carrying a little extra fat is not an issue and may even provide you with some armour against impacts. Forward pack weight is an often-observed match statistic and the bigger pack usually comes out on top in scrums. If you are a forward, big is good, and bigger maybe better.

In contrast, if you are a fast-moving back or a player who relies heavily on your speed and agility, extra mass could slow you down – especially if you add a lot of fat to your frame. Muscle mass should be beneficial, but too much could outweigh any potential benefits.

Check out this article to read more about training for your position.

Remember though; if it ain’t broke, don’t fix it. If you are physically capable of playing at your best, and are happy with your current size and shape, don’t feel pressured into bulking or cutting unnecessarily.

If you’ve found the body size and shape that works best for you, stick with it and just keep on as you are. Even if your body mass remains unchanged, you can still get stronger, faster, and more powerful as these attributes are as much about neurological efficiency as they are muscle size.

If your friends call you slim or stick, that’s a hint that gaining some extra mass might be useful for your rugby performance. Some body types, called ectomorphs, are naturally slender but that doesn’t mean they can’t build appreciable levels of muscle. More muscle means more power and strength – something all ruggers appreciate.

On the flipside, if your teammates call you barrel or keg, it’s been a while since you saw your feet without using a mirror, or you can rest a post-match beer glass on your belly, it might be time to consider shedding some excess body fat. Losing excess fat will increase your fitness, endurance, and speed and, if you follow a smart training program, you should be able to maintain or even improve your strength at the same time.

Losing excess fat is beneficial to your health too. That might not be on your mind right now, but once you hang up your boots it could be something you wish you had cared more about. Losing a few (or a lot) of pounds can significantly lower your blood pressure without the use of medication, and takes stress off your already worn knees, hips and spine. If longevity is something you care about, losing fat will help.

The best time to start trying to manipulate your bodyweight is during the off season. You can lose fat or gain muscle while still meeting all your team training obligations. However, changing your diet or your workouts to modify your bodyweight during the playing season could interfere with match performance. This is not the time to start making big dietary or training changes. Instead, plan your training year around your intended change in bodyweight so that you can enjoy the benefits when the playing season arrives.

Training and eating to gain muscle and mass

To increase your mass, you need to create a calorie surplus which means you need to eat more than usual. To do this try:

The aim of this dietary phase is to mostly increase muscle mass, but some fat gain is inevitable, and may even be welcome. However, for this reason, if you are already carrying too much body fat, your goal should be to get lean before trying to increase muscle mass. Make sure you don’t let fat gain overtake muscle gain. If your waist is growing faster than your biceps, you should dial back on your diet.

The higher rep/lighter load training will create more metabolic stress while increasing time under tension – two crucial factors for muscle growth. This is why weightlifters are strong but not always that big; their training doesn’t include sufficient volume and metabolic stress for optimal hypertrophy. When training for increased muscle mass, recovery is essential, so make sure you address your needs with Ruck Recovery Pro.

The answer is very personal and depends on where you are right now. Whatever you decide, follow an appropriate training program and diet regimen for 3-6 months, evaluate your progress, and adjust from there. This should not be a never-ending journey; at some point you should reach your body mass destination and then switch to maintenance mode. If you aren’t making progress toward your goal, you need to rethink your approach. 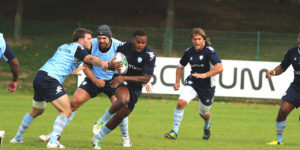 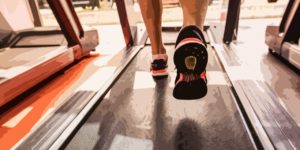