Muscle soreness is part and parcel of rugby. It normally comes on 12-36 hours after intense training or even just an average rugby game. That’s just the nature of playing a contact sport.

But some online training websites (who should really know better) have repeatedly suggested that delayed onset muscle soreness (DOMS) is an accurate measure of training performance.

In our opinion, rugby players should NOT purposely seek to train to the point of muscle soreness. DOMS is not a reliable indicator of productive training. But, it’s often unavoidable – which is why lots of training information focuses on ways to minimize or treat it.

So if you have DOMS, what does that say about your training program? Well, it’s probably too intense.

While we don’t know for sure what causes DOMS, we do know what triggers it – overexertion. Training harder or longer than normal often results in muscle soreness and doing new exercises will also cause it. Muscle soreness is very common when you return to training after a layoff, and eccentric contractions (where the muscles lengthen under tension) tend to cause severe DOMS.

Warming up and cooling down properly can both help reduce DOMS severity, and so too will increasing training volume and intensity gradually. This is especially important after a layoff from training e.g. due to injury or a vacation. However, even if you take these precautions, DOMS may happen anyway, and some people are more susceptible to it than others. For some people, just thinking about training is enough to trigger DOMS!

Stretching, massage, light calisthenics, heat, and ice can all help relieve DOMS, and consuming fast-acting protein and carbs immediately after exercise can help too. NSAIDs and “painkillers” like ibuprofen are not effective and are not recommended for treating DOMS.

Athletes often turn to supplements to enhance performance or speed up recovery after exercise. Some, like creatine, have been exhaustively tested and have been proven to work. Others, like glutamine and HMB are not backed by science and any evidence of their effectiveness is anecdotal at best, or just wishful thinking and marketing. N-Acetylcysteine (NAC) is another supplement that is thought to help with muscle soreness.

Cystine is a semi-essential amino acid. That means your body needs it but can make it if you consume enough of the essential amino acids. If you eat plenty of complete protein e.g. fish, meat, poultry, eggs, soy, etc. your body has all the aminos it needs for this purpose. N-Acetylcysteine (NAC) is cysteine in supplement form.

Your body uses cysteine (and therefore N-Acetylcysteine) for a wide range of functions, but its main role is the production of antioxidants, and specifically glutathione.

NAC is often prescribed by doctors to treat these and other medical conditions, for which it has been shown to be very effective. However, studies conducted by the University of Auckland reveal that NAC is NOT an effective solution for muscle soreness.

Unlike so many sports supplement studies, the study in question was not done on young, untrained physical education students but on “real” rugby players. 17 semi-elite male rugby players from the New Zealand Chiefs were given either 1g of NAC or a placebo for several days. They were then required to complete two exhaustive sprint tests (the multistage bronco test) on day five and six.

The players reported reduced muscle soreness after the first bout of exercise, but increased soreness following the second bout. This suggests that NAC is not a very effective solution for muscle soreness, especially as most ruggers train several days back-to-back.

Remember, these were fit, well-trained players who were used to high intensity exercise and more than familiar with training and playing on consecutive days. While the test group was small – only 17 players – this is still a strong indicator that NAC supplementation won’t help prevent DOMS.

DOMS happens to most ruggers, and often on a regular basis. It’s nothing to worry about, unless it’s so bad that it impairs your performance. If you are crippled by DOMS, you need to re-think your workouts, and not your supplement regimen. In most cases, DOMS eases as you get into your next workout anyway. While supplements like fish oils and creatine may help, it seems that NAC could make DOMS worse. Forget looking for shortcuts to treat DOMS and use some tried and tested recovery methods instead. 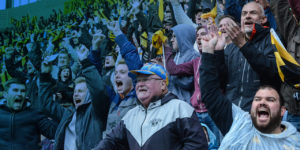 What you need to know to enjoy watching rugby 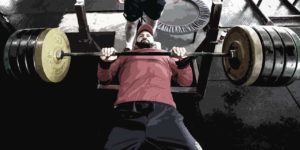 Why 5×5 is bad for rugby players