Rugby and training for rugby are awesome for developing almost all aspects of your physical fitness. Strength, cardiovascular endurance, speed, mobility, flexibility, power, balance, and coordination can all be improved with a well-designed rugby training program, or by playing the game itself.

But what about the most important organ in your body? How does rugby effect your brain?

Like all forms of exercise, rugby can enhance mental health (1). Exercise has been shown to prevent cognitive decline, and improve all aspects of mental health and brain function. From better concentration to faster reactions, to reduced risk of depression, suicide and anxiety, rugby can help.

However, in the same way supplements can help improve your physical fitness, there are also supplements that may improve mental fitness too.

Smart drugs, also known as nootropics, are a controversial subject, and many are bone-fide drugs, available only on prescription, or via illegal channels. There is a reason for this – some come with decidedly unwanted side effects.

Conversely, there are numerous over the counter (OTC) supplements that may help enhance cognitive function. They probably won’t turn you into a genius overnight, but they might give you a mental edge. In rugby, when faster reactions, remembering plays, and lazar-like concentration can be the difference between winning and losing, any boost in cognitive function is worth pursuing.

Studies have shown (2) that people who consume too little vitamin E are prone to suffering cognitive decline, increasing the risk of developing Alzheimer’s disease in the process. Vitamin E has been used to slow the progression of Alzheimer’s, and treat memory loss. It is believed to protect the lining of nerves by reducing damaging oxidative stress. This may help you retain information more readily.

While most studies on the effectiveness of vitamin E have been conducted on the elderly, it’s a safe assumption that getting adequate vitamin E could also boost cognitive function in younger people, especially those who are deficient in this crucial fat-soluble vitamin.

The B vitamins are vital for the production of energy. Without the B vitamins, your body with have a hard time converting carbs into useable fuel. In addition, the B vitamins have an important role to play in mental health and cognitive function.

According to the Mayo Clinic (3), B vitamins play a critical role in producing the brain chemicals that affect mood and other brain functions. Low levels of B-12 and other B vitamins, such as vitamin B-6 and folate, may be linked to depression.

Fish has long been known as brain food – at least in families that eat a lot of fish! In fact, it’s not the fish itself that’s good for your brain, but the oil it contains – specifically omega 3 fatty acids.

Studies have revealed that supplementation with Omega 3 fatty acids, which is high in EPA and DHA, can boost cognitive function in younger adults. One study (4) concluded that following EPA-rich supplementation, participants’ brains worked ‘less hard’ and achieved a better cognitive performance than without supplementation.

Nicotine has been shown to provide short-term increases in several cognitive functions, including concentration, alertness, and memory. Of course, nicotine is inextricably linked to a very unhealthy habit – smoking tobacco.

However, the use of nicotine patches and gum can provide a nicotine hit, with none of the harmful effects of smoking. Nicotine itself is not carcinogenic, although it is addictive.

If you need a cognitive bump, maybe for a big game, nicotine could help, but, in no way are we endorsing smoking or chewing tobacco, both of which are very unhealthy and have no place in a healthy rugger’s lifestyle.

From hormonal optimization to sleep and brain function, magnesium is a vital mineral required for over 600 metabolic functions. If you aren’t getting enough magnesium, and most people aren’t, you are really missing out!

Cognitive signs of magnesium deficiency include brain fog, lack of focus, difficulty dealing with stress, and feeling wired and tired at the same time.

The best form of magnesium for your brain is magnesium threonate, as it is best able to cross the blood-brain barrier. Studies show (6) that magnesium supplementation can enhance learning ability and memory.

Vitamin C has long been linked with proper immune system function. It’s also a powerful antioxidant. In addition, vitamin C has been shown to offer protection against cognitive decline, and may even boost mental functions including memory. It is believed that is prevents the buildup of arterial plaque, thus preserving vital oxygen flow to the brain.

Vitamin C is one of the most readily available vitamins, but beware of taking too much as that can quickly lead to stomach upset and diarrhea.

Gingko biloba is one of the most widely used Chinese herbs. It is reported to increase circulation to the brain, balance brain chemistry, and protect the brain from free radical damage. Gingko biloba has been shown to improve shown term memory (8) in seniors, and could do the same for younger ruggers. It’s also a key ingredient in our brain supplement, known as 80 Brain.

Ginseng is a common Asian herb this is used for a variety of reasons including increased energy, better digestive and immune system health and, more recently, for boosting cognitive function.

American ginseng, the subject of this study (9) has been shown to be more potent than Chinese ginseng for boosting a wide range of mental and cognitive functions including reaction time, concentration, recall, and memory.

Curcumin, which is found in the spice turmeric, is an excellent anti-inflammatory. Turmeric is a common ingredient in most curries – what better reason do you need for eating Indian food?!

If you have joint pain, as so many ruggers so, taking turmeric can really help. Combine with peperine, derived from black pepper, to increase bioavailability.

As well as being good for your body, curcumin is good for your brain too. Curcumin has been shown (10) to lower anxiety, reduce the risk of depression, and enhance memory and other mental functions.

India has the one of the lowest rates of Alzheimer’s disease and general cognitive decline. Regular and liberal consumption of curcumin could be the reason.

Tryptophan is a proven brain booster. It’s a naturally occurring amino acid that is the precursor to the neurotransmitter serotonin which, in turn, is converted to melatonin. Serotonin plays a big role in sleep, appetite control, mood, and learning. Low serotonin levels are strongly linked to depression.

Research shows that low levels of tryptophan could cause reduced memory and concentration, so it makes sense that supplementing with tryptophan could enhance these functions, especially where a deficiency occurs. You can also boost tryptophan levels with the OTC supplement 5HTP.

While each of these supplements may enhance cognitive function, you’ll probably need to start taking them right away just so you can have decided which ones to use! If that sounds like too much like hard work, we’ve done the heavy mental lifting for you and produced a supplement designed specifically for ruggers – 80 Brain. Combined with our pre-workout supplement Pre-Game, these two products will prime your body and mind for the challenges of training for and playing rugby.

If you’re considering a stack – try Ruck Smarter which combines both 80 Brain and NOxide. We’ve designed the formulas in these supplements specifically for their effects on the brain during rugby training and games.

2) Effects of Vitamin E on Cognitive Performance during Ageing and in Alzheimer’s Disease
https://www.ncbi.nlm.nih.gov/pmc/articles/PMC4276978/

3) What’s the relationship between vitamin B-12 and depression?
https://www.mayoclinic.org/diseases-conditions/depression/expert-answers/vitamin-b12-and-depression/faq-20058077

5) Meta-analysis of the acute effects of nicotine and smoking on human performance
https://www.ncbi.nlm.nih.gov/pubmed/20414766

6) Enhancement of Learning and Memory by Elevating Brain Magnesium
https://www.drperlmutter.com/study/enhancement-learning-memory-elevating-brain-magnesium/ 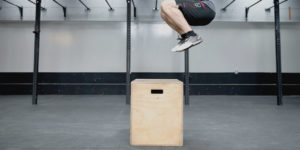