Can you get rugby-fit without eating breakfast?

If you want to play the best rugby possible, you need to follow a smart training program. However, you also need to support that training with solid nutrition. Training for rugby takes a huge amount out of your body, and you need to eat right to recover properly between workouts.

If you don’t eat properly, you’ll just train yourself into a recovery rut, and your fitness and strength will improve very slowly, if at all. It’s no exaggeration to say that good nutrition underpins your rugby success.

Nutrition is a complex and often imprecise, contradictory subject. Food is a very emotive subject and, for that reason, personal beliefs can play a big part in our food choices, as well as the food recommendations we are exposed to.

Nutrition information can also follow fashion. If a celebrity tweets about a particular diet or nutritional approach, it won’t be long before it’s all over the news, and lots of other people jump on the same bandwagon, even if it’s something really out there like the macrobiotic diet – thanks Madonna and Gwyneth Paltrow!

Of course, like all things fashionable, when one approach falls out of favor, another rises up to take its place. Diets and nutrition are often cyclic, and what we think of as new and cutting edge, is just recycled, repackaged, and reinvented from the past. The Atkins diet, for example, was invented way back in the 1960s, despite low carb and ketogenic dieting being promoted as new and cutting edge.

For every nutritional approach, you’ll often find another that is nothing short of the absolute opposite. Examples include:

Part of the reason that there are so many contradictions in nutrition is that every approach has worked for at least one population group. That group then comes to believe that their way is the best way, essentially turning a diet into something that boarders on a religion. One great example of this is the mastication diet.

Chew yourself healthier with Horace Fletcher

Way back in Victorian times, an American health food enthusiast called Horace Fletcher came to the conclusion that the best way to ensure the human body could digest food properly was to chew it thoroughly before swallowing. Because humans have 32 teeth, Fletcher decreed that his followers should chew their food 32 times before swallowing. This, oddly, also included liquids.

Sometime later, Fletcher decided that if 32 chews were good, 64 would be great, and if 64 were great, 128 would be best. This went on until followers of what became known as “Fletcherism” stopped swallowing their food altogether.

Needless to say, after several cases of starvation, Fletcherism fell out of favor!

Ironically, as crazy as Horace Fletcher might sound today, at the time he was very well respected, and had a lot of sensible things to say about nutrition and health. For example, he was a specialist in extrecta, and promoted the link between digestive health and longevity.

There are plenty of other examples of how beliefs have influenced food our choices, from Jews not eating pork, to Catholics eating fish on Fridays. Once a food preference becomes a belief, it takes a lot more than logic or science to shake it. That’s why many of us have unshakeable beliefs about what we eat, many of which we inherited from our parents.

Breakfast; the most important meal of the day?

One such belief that many people hold is the importance of breakfast. Breakfast is, by all accounts, the most important meal of the day, and skipping breakfast can lead to:

However, the meal of breakfast is a relatively new concept – at least in evolutionary terms. Back when humans were hunters and gatherers, our ancestors had no means to store food and would start each day searching for food. They might go half a day or longer between waking and eating their first meal.

While they could keep some food in their dwellings from the day before, doing so was an invitation to hungry predators to visit in the night, so it was much safer to forgo breakfast.

Skipping breakfast did not cause our ancestors too many problems. In fact, if it had, we’d probably not be here today! Similarly, lots of countries and cultures forgo breakfast and don’t appear to be in danger of dying off anytime soon.

The weird origin of breakfast cereals

What people eat for breakfast also varies from one region to another. Breakfast cereal is very much a Western concept. Other countries start their day with a wide variety of foods, many of which Westerners would consider lunch or dinner-like meals. While traveling in India, I often breakfasted on curry. Initially, this was pretty weird but soon become the norm.

Breakfast skeptics are quick to argue that this first meal of the day was actually invented by purveyors of cereals, and food scientists who wake up hungry. There is no real biological need to eat immediately on rising. Even the leanest person in the world has adequate supplies of body fat and glycogen to fuel many hours of activity without food.

In fact, did you know that the father of cereals, Harvey Kellogg, invented his world-famous Corn Flakes as an anti-masturbatory treatment for the patients at his sanitarium?! Granola was also invented by Dr. Kellogg, although what that was designed to treat is unclear.

Fast forward to the 21st century, and most modern breakfast cereals are often nothing more than junk food loaded with sugar, artificial colors, and other unhealthy ingredients. While they might be convenient, they do not really represent a good way to start your day. Of course, you could start your day with eggs and oatmeal, which would be considerably healthier.

However, breakfast is not compulsory, and skipping breakfast might actually be beneficial. Potential advantages of going without breakfast include:

So, do you NEED to eat breakfast to be rugby fit?

The short answer to this question is no, you don’t. You won’t waste away just because you forgo breakfast. In fact, you may find skipping breakfast is actually beneficial. This doesn’t mean you HAVE to go without breakfast – it’s very much a personal choice. If you wake up hungry then, by all means, have a healthy breakfast. However, there is no real need to force yourself to eat on rising if you don’t want to.

Still on the fence about skipping breakfast? Try these non-traditional alternatives!

Bullet coffee – providing you with caffeine and a solid dose of healthy fats, bullet coffee might be a current nutritional trend, but it’s also a good way to start your day. Just mix one cup of coffee with a tablespoon of coconut oil, a tablespoon of grass-fed, unsalted butter, ¼ teaspoon vanilla extract, and a few drops of stevia extract (optional). Caffeine has lots of benefits for rugby players as well.

Egg coffee – one of the weirdest-sounding ways to start your day provides your body with the caffeine you want and the protein you need. This is a traditional Vietnamese breakfast. Simply mix and simmer an egg in coffee until the egg is lightly cooked. Sweeten with sugar and add a little cream if you like, or drink black and unsweetened as preferred.

Whey protein – start your day with protein by mixing 1-2 scoops of Rugby Whey with water. or coffee.

Pre-workout – get your day off with a bang by chugging down a shot of Pre-Game.

Water – start your day with a large glass of water. Water is good for digestion, hydration, and can help prevent hunger pangs despite containing no calories. It may also enhance fat burning. Add a squeeze of fresh lemon juice to enhance digestive function.

Breakfast is a divisive subject, with some people believing it’s the most important meal of the day, while others choose to skip it entirely. Try both options to see which one works best for you. Nutrition is as much about discovering what works for you as it is about following the science.

Be your own experiment, and do what is right for you. Remember though, nutrition is not a religion, and most approaches will work for at least someone. 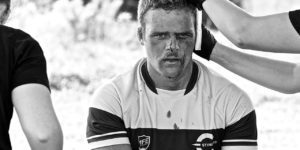 Absolutely Broken – When to retire from Rugby? 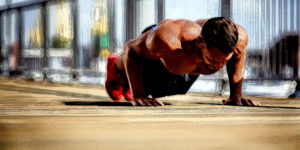